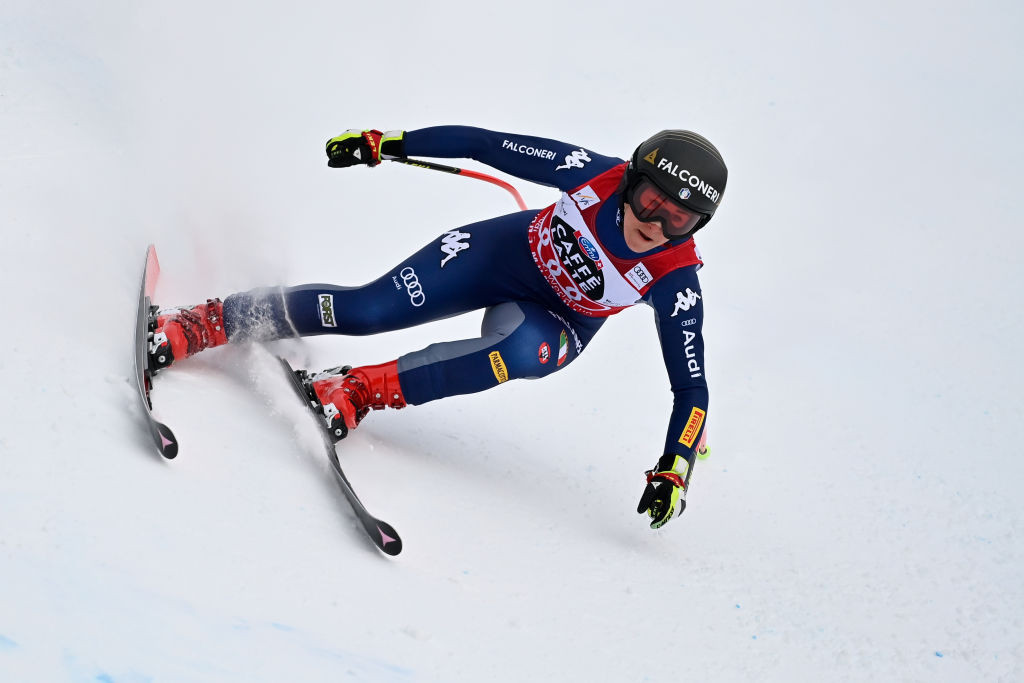 The Italian secured back-to-back wins at the Swiss venue and extended her record of consecutive World Cup triumphs by recording a time of 1min 27.75sec.

Elena Curtoni of Italy did enough for third after completing the course in 1:28.35.

Slovakia's Petra Vlhová extended her lead at the top of the overall World Cup standings after she finished fourth.

Vlhová has 861 points, with Switzerland's Michelle Gisin second on 741 and Goggia third on 654.

Goggia, the world super-G silver medallist who earned gold at the 2018 Winter Olympic Games in Pyeongchang, is one of only five women to win at four straight downhill races on the World Cup circuit.

The 28-year-old is also on course for her first downhill crystal globe since 2018 as she has established a 195-point advantage over American Breezy Johnson on the overall standings.

The event in Crans-Montana is set to conclude with a super-G tomorrow.