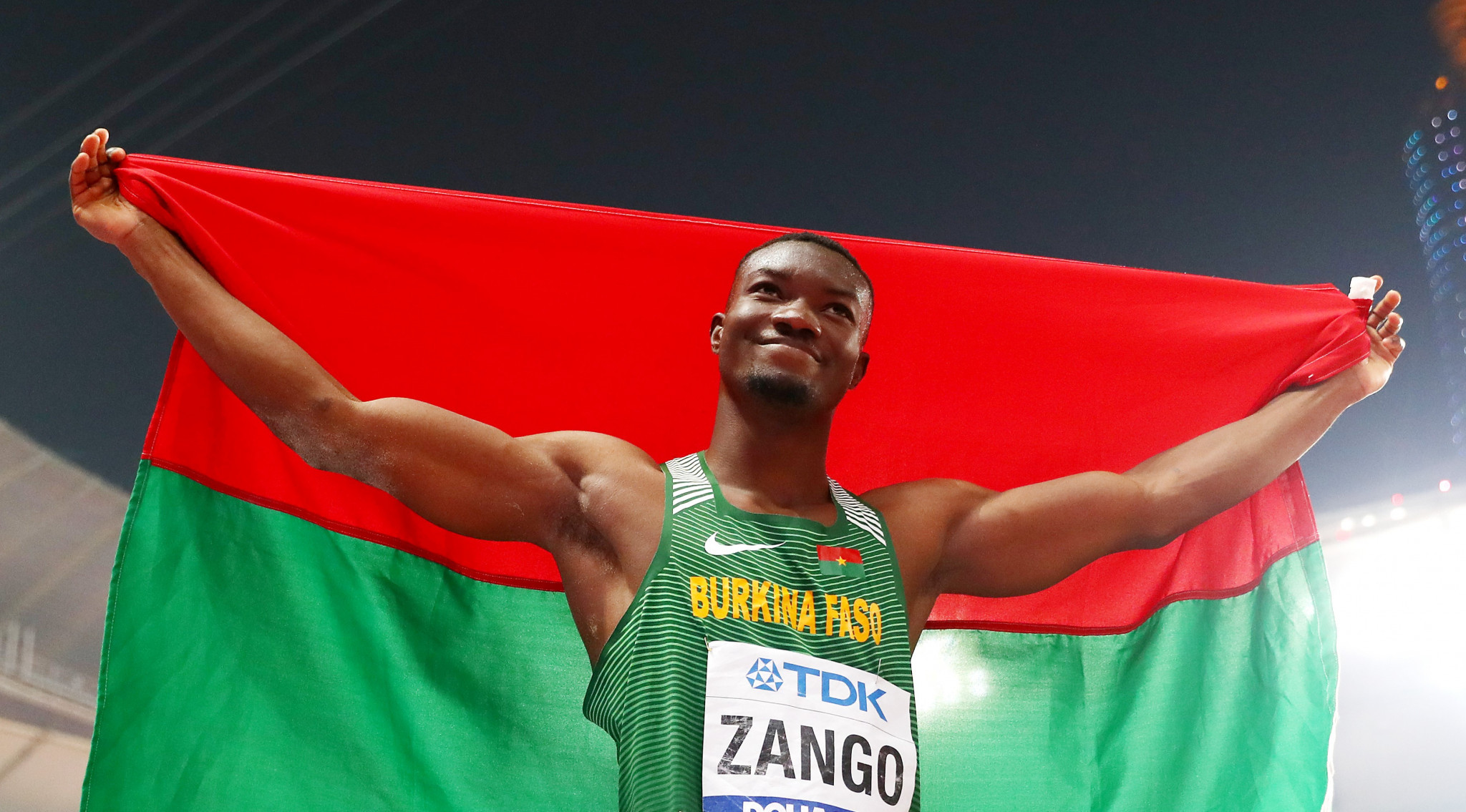 Zango leapt 18.07m in Aubière in France to add 0.15 to the previous indoor world record, which was set by his coach Teddy Tamgho in 2011.

Tamgho, who is French, had previously jumped 17.91m in Aubière in 2011, while his 17.92 effort came in Paris at the European Indoor Championships later that year.

Zango is Burkinabe, and his nation's first-ever holder of an athletics world record.

The 27-year-old - a bronze medallist at the 2019 World Athletics Championships outdoors in Doha, bounced to 18.07m with his sixth and final effort in Aubière.

Frenchman Melvin Raffin jumped 16.98m to finish second in Aubière, which is the second-best distance of the young season.

Taylor is a back-to-back Olympic champion and four-time world champion.

Zango and Taylor will be heavy favourites in the triple jump at this year's Olympics in Tokyo.