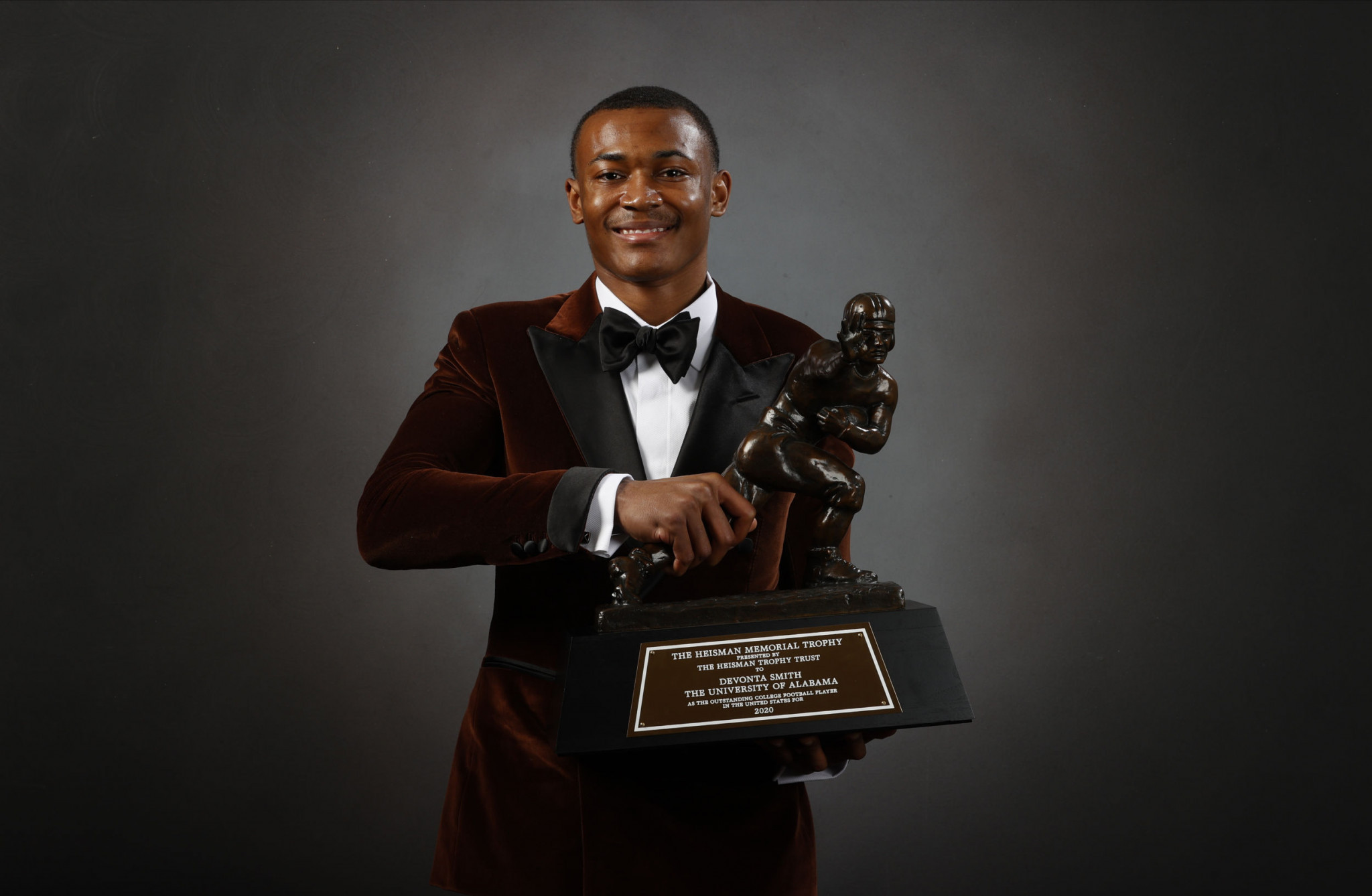 Alabama Crimson Tide star DeVonta Smith has become the first wide receiver since 1991 to win the prestigious Heisman Trophy - the prize awarded to the best player in collegiate American football.

The Alabama player received the trophy during a virtual ceremony, with usual in-person gathering in New York not possible because of the coronavirus pandemic.

Smith was just four days removed from a 130-yard, three-touchdown performance in the storied Rose Bowl as Alabama booked their spot in the College Football Playoff Championship.

Team mate Mac Jones, who threw Smith those touchdown passes, was another of the four finalists, along with Florida Gators quarterback Kyle Trask.

No player has more receptions, receiving yards or touchdowns in top-level college football than Smith this season.

Smith is the third Alabama player to win the Heisman in the past 12 years, and first receiver since Michigan Wolverine Desmond Howard in 1991.

The College Football Playoff Championship, which promises to be Smith's last as a student-athlete, is on Monday (December 11) and Alabama face the Ohio State Buckeyes.