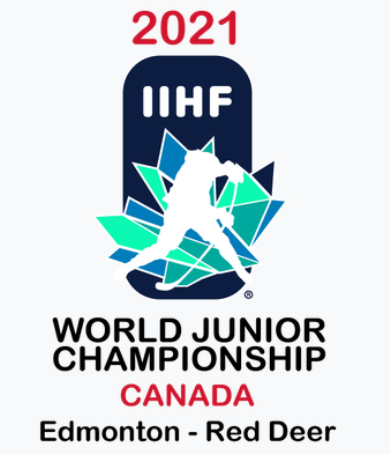 The protocols that will enable the 2021 International Ice Hockey Federation (IIHF) Men's World Junior Championship to be held behind closed doors in Edmonton have been revealed by a key member of the city’s host team for this year’s National Hockey League Stanley Cup playoffs.

"This event only had one objective," said Janelle Janis, director of Edmonton Events.

"It was to ensure that the Stanley Cup would be hosted in our city safely.

"And that would be the definition of success.

"Because we knew if we did this right, if there wasn’t a COVID outbreak, there was a chance for sport events to exist at least in some capacity during this pandemic."

The organisers’ achievement in carrying out their ambitious proposal was instrumental in persuading the IIHF that the same venue of Rogers Place could safely host the World Junior Championship, with play currently set to run from December 25 this year until January 5.

The Championship was originally due to be held jointly by Edmonton and Red Deer in Central Alberta.

"Our plan is no different from the NHL and it might even be more scrutinised because of the international flavour," said Tom Renney, the Hockey Canada chief executive.

"Our intention is to do what we’re told through the public health authority and all things being equal, we’ll hold a World Junior Championship even without fans.

"But it’s the safety and health of our participants and the general population that is most important."

Janis told the recent virtual Smart Cities & Sport Summit: "Countless partners within the Edmonton community, within the province and the country, came together to ensure that our NHL bubble had the plans in place, the mitigation strategies prepared, and the vision to make this happen safely in our city.

"Seventy five hockey games were played in Edmonton over 65 days, with players and staff all contained within a three-block radius.

"Over 17,000 COVID-19 tests were completed between July 26 and September 28, with zero positive results within the bubble."

On the subject of circumstances that needed to be overcome, Janis - whose organisation is a strategic partnership between the City of Edmonton and the Explore Edmonton visitor economy group - added: "The organisers, the Oilers Entertainment Group and the NHL had a tonne of challenges to overcome - international travel for athletes and staff when borders were literally closed, getting the political and health authorities from the provincial and federal levels to align and agree to make an exemption for the tournament to proceed based on a strict set of protocols.

"And it wasn’t just about making sure the players and the delegates inside the bubble were safe, it was also about ensuring Edmontonians were safe.

"From the city of Edmonton side of the partnership, we had to close roads in our downtown core without having the luxury or the time to probably notify the public.

"They were incredibly tight timelines that we were dealing with.

"It was a challenging balancing act – promoting Edmonton as a hub city but not encouraging gatherings.

"Thankfully it’s already paid off - we are hosting the IIHF World Junior Championships with no fans over Christmas and a few more announcements should be coming shortly.

"It also gave us the international platform to change the perceptions of Edmonton and that turned out to be priceless.

"We provided over 150 video clips to the NHL broadcasters that were used in every game, showcasing Edmonton during a time of year that hockey fans may have never seen our city.

"We ran the numbers, and the estimated earned media for Edmonton as an NHL hub city had a total reach of over one billion people.

"We likely won’t get another marketing opportunity like this until 2026, if we host the FIFA World Cup in the Commonwealth Stadium."