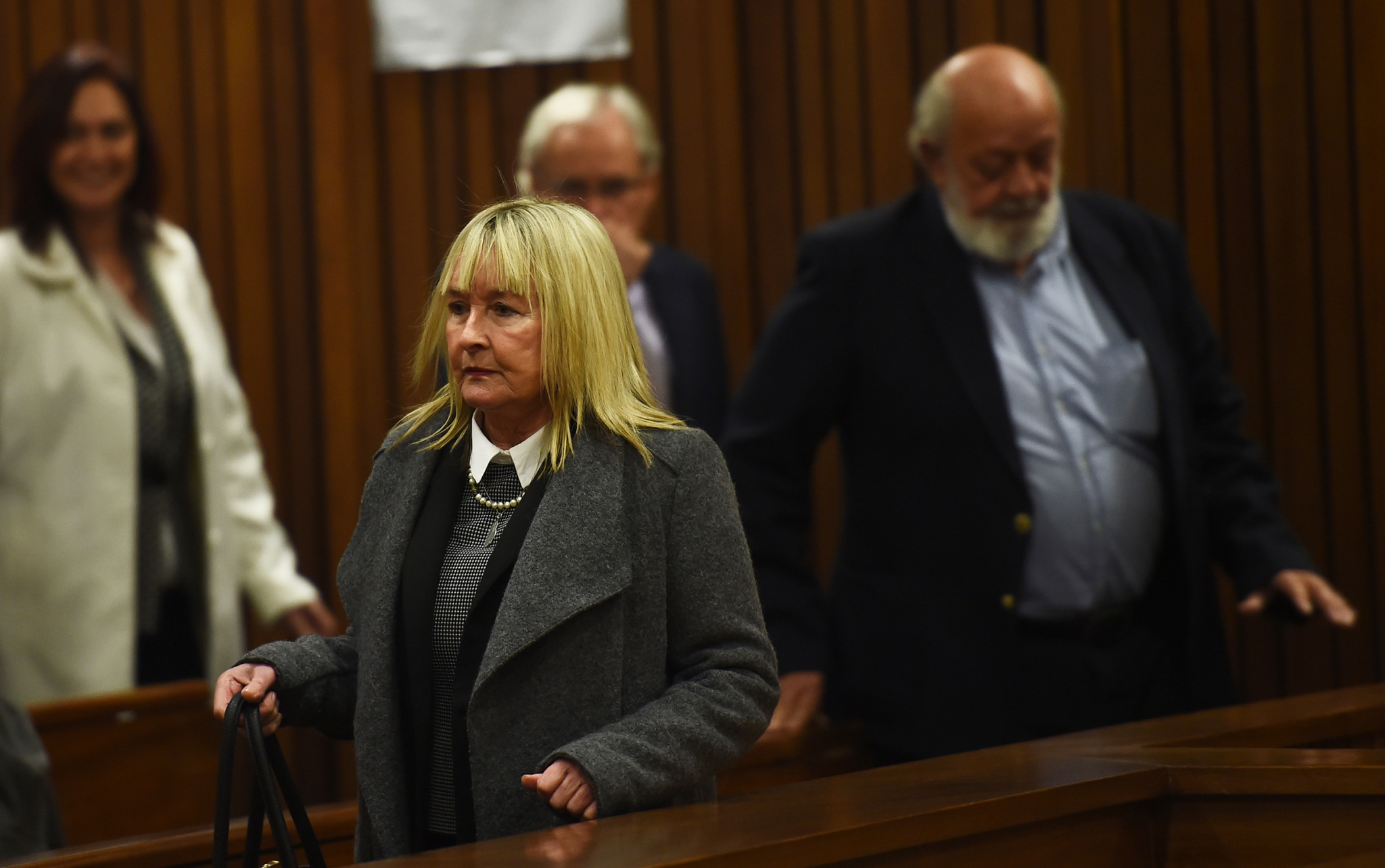 June Steenkamp said she "shook with anger" after the BBC released a trailer for a new Oscar Pistorius documentary series which failed to name her daughter Reeva.

The BBC removed the trailer after it received criticism for failing to name Pistorius's murder victim Reeva Steenkamp.

In a statement, the British broadcaster said it regretted not referring to Steenkamp and would replace the trailer with "something more representative of the series".

In a piece of writing published by The Telegraph, June Steenkamp described the first and only time she spoke to Pistorius during his three-month relationship with her daughter.

"I could never have imagined that not long afterwards, my beautiful 29-year-old daughter would suffer a painful and horrible death at his hands," she said.

"Nor could I have foreseen that years later, the devastation Pistorius caused would be compounded time and again by his lack of genuine remorse, and the way his achievements as a Paralympian sprinter would continue to be glorified while Reeva was reduced to an anonymous victim.

"Yet nearly eight years after he killed my daughter in the bathroom of his home in Pretoria, South Africa, that is exactly what has happened: this week, Reeva's father Barry and I learned not only that the BBC was about to release a detailed four-part documentary about Pistorius's life, but that in a trailer to promote the series, our girl wasn't even referred to by name.

"I shook with anger when I heard the news.

"Where was the respect for Reeva, a talented, brave compassionate woman whose life Pistorius snuffed out in its prime?"

Pistorius, a six-time Paralympic gold medallist, was jailed after shooting his girlfriend through a locked door on Valentine's Day in 2013.

He maintained he had mistaken Steenkamp for an intruder and was initially found guilty of manslaughter, before the Supreme Court of Appeal in South Africa overturned the ruling and convicted Pistorius of murder.

He was sentenced to six years in jail in 2016 before his prison term was increased to 13 years and five months in 2017.

The 33-year-old is set to remain in jail until 2023 when he is eligible for parole.

The BBC documentary, called The Trials Of Oscar Pistorius, bids to tell the story of the South African's rise to Paralympic stardom after both his legs were amputated as a young boy, and then his sensational fall from grace following his arrest in 2013.

The BBC press office tweeted the trailer only to take it down following a barrage of criticism on social media.

The four-part documentary, which was originally commissioned for ESPN, will be available to watch on BBC iPlayer from November 7 and is set to be televised on BBC Two at a later date.

June Steenkamp claimed the BBC  had not apologised to her personally, although the director of the programme, Daniel Gordon, had.

Earlier this year, the BBC also faced criticism on social media after Pistorius was shown on highlights coverage from London 2012.