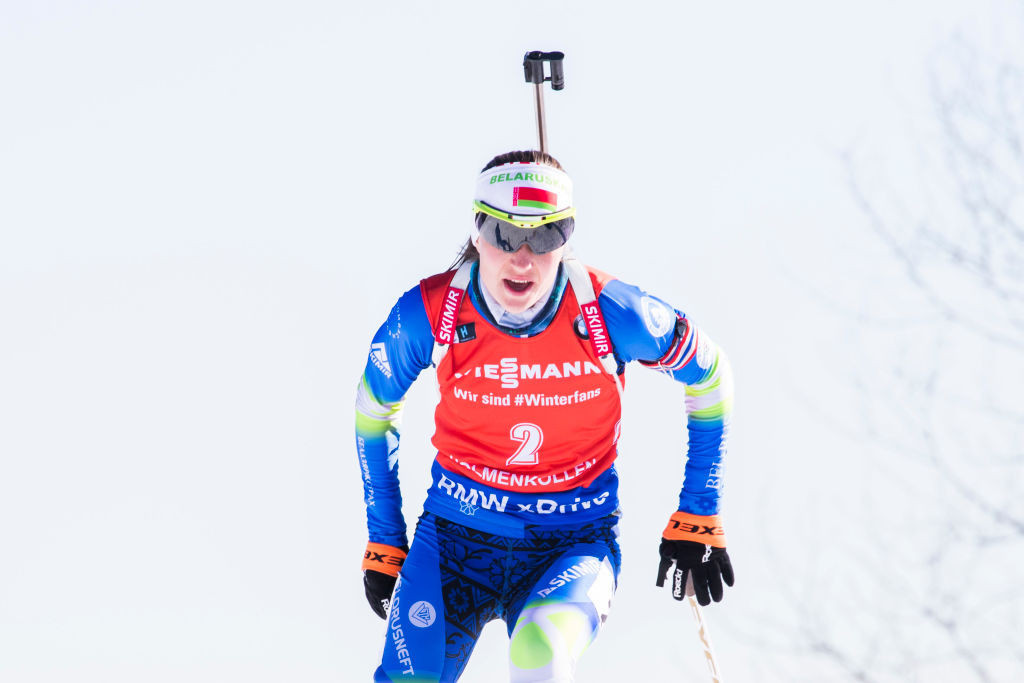 The brother of four-time Olympic biathlon champion Darya Domracheva has claimed he was attacked by Belarusian police before being detained as part of a Government crackdown targeting those protesting President Alexander Lukashenko.

Nikita Domrachev told the TUT.BY website he was on his way to meet his mother before he was attacked and dragged into a police car for attending an anti-Lukashenko demonstration.

According to Russia's official state news agency TASS, nearly 600 people were detained by police at protests held across Belarus on Sunday (October 11).

"I didn't see anything because of all the blood," Domrachev said.

"At one point, I thought I was blind and asked to call the ambulance.

"I was told there would be a doctor at the police station."

Protests against the Lukashenko regime have continued since his disputed re-election on August 9.

A group of Belarusian athletes, including Olympic medallists, have alleged "many athletes have been tortured, beaten and arrested" for speaking out and demonstrating against Lukashenko.

They claim they have faced discrimination from the National Olympic Committee of the Republic of Belarus (NOCRB) – led by Lukashenko – for participating in protests or expressing views contrary to the Government.

The International Olympic Committee (IOC) is investigating the allegations and has warned the NOCRB it could face sanctions, including a ban on the country's flag at the postponed 2020 Olympic Games in Tokyo next year, if the probe finds it has breached the Olympic Charter.

Acting European Olympic Committees (EOC) President Niels Nygaard has backed the investigation and urged the NOCRB to live up to its obligations outlined in the Olympic Charter "to ensure its athletes are not discriminated against for their political or any other views".

"I have followed the situation in Belarus closely and I am happy the IOC is now investigating the situation of the athletes in Belarus," Nygaard said in a statement released nearly a week after the IOC announced its investigation.

"I therefore fully support calls for the NOC of Belarus to ensure that its athletes are treated fairly, and I appeal to the Government of Belarus to respect their rights and well-being."

The EOC held the second edition of its European Games in Minsk, a choice it was forced to defend following criticism from human rights groups.