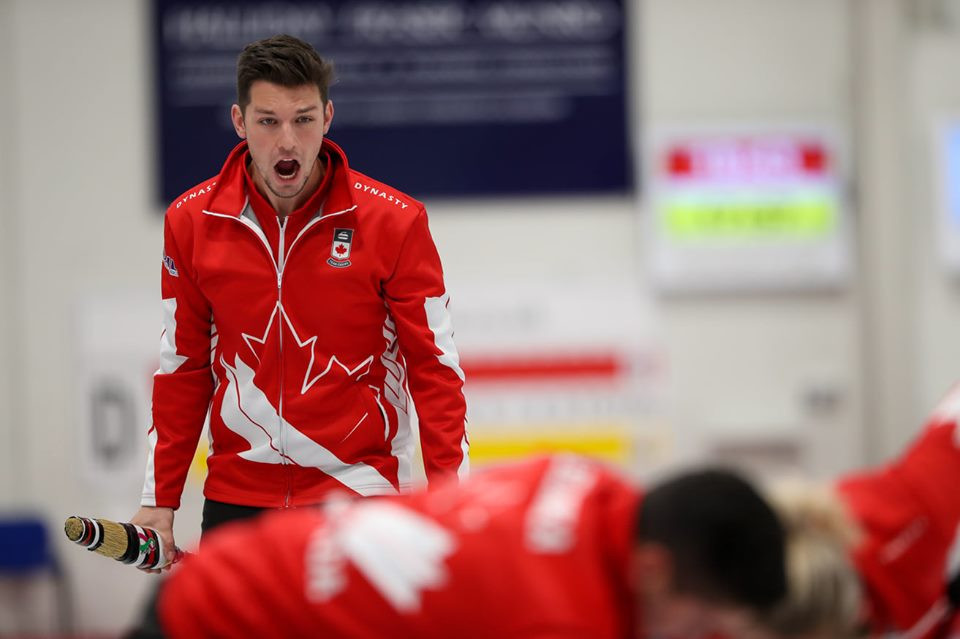 Kosovo's debut in the World Mixed Curling Championship has been put on hold after trouble getting to Aberdeen meant they had to forfeit their opening match.

Nigeria did make their first appearance at this level, although they were beaten 16-1 in Group A at Curl Aberdeen.

Kosovo blamed "visa issues and missed flights" for their failure to reach the Scottish city in time for their opening match against Slovakia.

History is guaranteed to be made tomorrow, though, when Nigeria and Kosovo meet, meaning one of these emerging nations will be able to celebrate their first international victory.

Canada opened the defence of their title with a victory over Germany.

In a tight, tense game, Germany took an early lead before Canada levelled the score at 2-2 going into the fourth end break.

Then in the fifth end, Canada stole two points to take a lead they held on to.

Germany were forced to draw to the four-foot for a single point in the sixth end, giving Canada back the last stone advantage.

Canada then blanked the seventh end, before skip Colin Kurz hit out a German shot stone with his final shot to score two points and the 6-3 win.

"That was fun! It was good to get our legs under us and play a game here," Kurz said.

"It’s been a couple of days of waiting around to play, but once we started playing we got the nerves out early.

"We played really well and that team [Germany] is really good, fun to play against and super nice guys."

Hosts Scotland defeated Italy by a score of 7-2 in just six ends.

After giving up a steal of one point in the first end, Scotland bounced back with three points in the second end on their way to a 4-2 lead at the break.

Scotland held on beat Japan 5-4 to pick up their second win of the day when their rival's final stone rolled out after a hit to blank the eighth end.