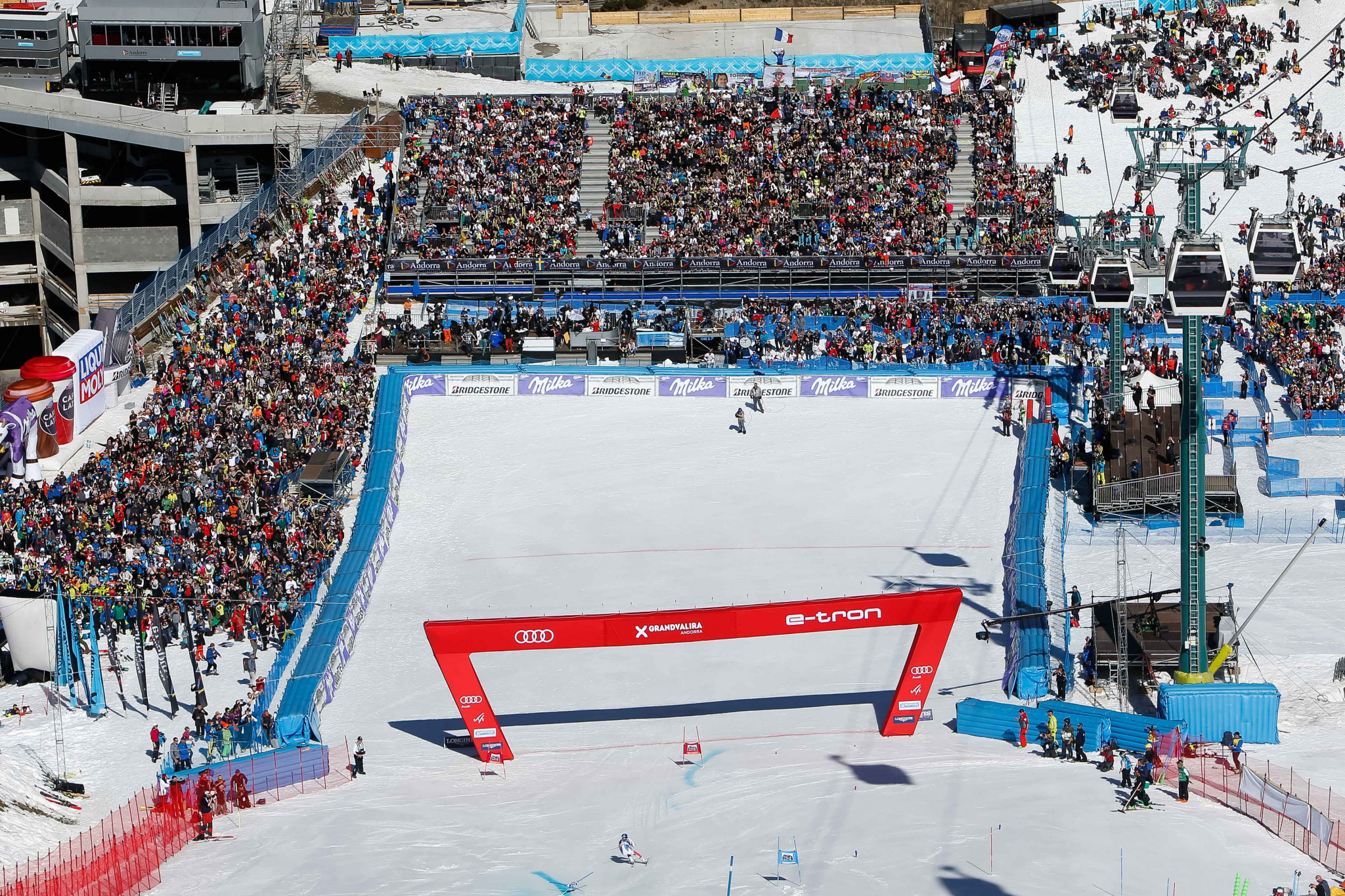 Soldeu in Andorra has been awarded the hosting rights for the 2023 International Ski Federation (FIS) Alpine Skiing World Cup finals.

The Andorran resort was chosen to stage the event at the FIS autumn meetings in Zurich.

Soldeu, which hosted the Alpine Skiing World Cup finals in March, beat off competition from Kvitfjell in Norway and Lenzerheide in Switzerland to land the rights.

The 2023 finals will be only the second edition of the event to be held in Andorra.

Cortina d'Ampezzo, which will co-host the 2026 Winter Olympic and Paralympic Games with Milan, will stage the finals in 2020, before they move to Lenzerheide in 2021.

Meribel and Courchevel will play host in 2022.

The parallel event has been dropped from the men's World Cup in Stockholm for the upcoming season, but is set to remain on the programme for the women's competition in Åre.

The FIS said there were "no venues ready" to host the men's event "with such short notice".

"Strong candidates for the 2020-21 season have already stepped forward," the FIS added.

The FIS also decided to change the starting order of Alpine combined events.

It will no longer be reversed and athletes will start the technical discipline in the same order as they are ranked in the speed run.

Four Alpine combined races are on the women's calendar for the 2019 to 2020, with three on the men's schedule.