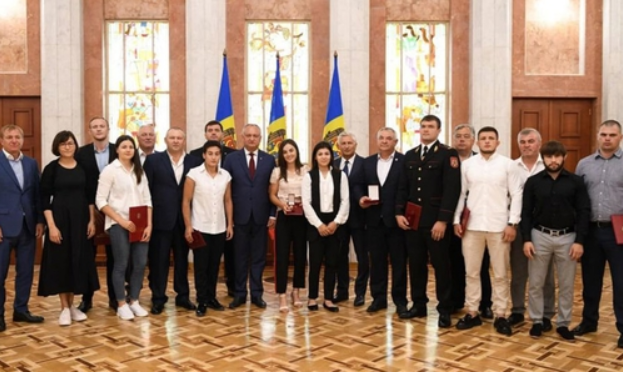 Moldovan sambists and their coach were given state awards by the country’s President Igor Dodon in recognition of their exploits at the recent European Games.

The Medal of Civil Merit was given to Sabina Artemchuk, who earned silver in Belarusian capital Minsk, as well as to bronze medallists Pauline Eshanu and Denis Tachii.

Dodon did not stop there, presenting honorary diplomas to a group of athletes and coaches.

“I sincerely congratulated the contestants, thanked them for the decent presentation of the country in Minsk, where I participated in the Opening Ceremony of the European Games and supported our team,” Dodon wrote on his Facebook page.

Moldova sent a team of 50 athletes to the Games to compete in 10 sports, securing one silver and four bronze medals.

That allowed Moldova to finish 36th in the medal table.