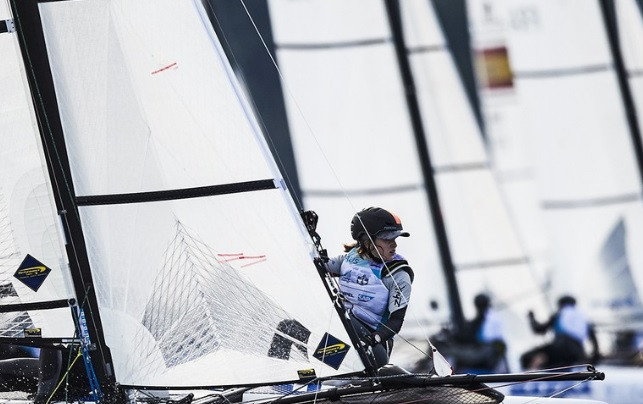 Germany's Silas Mühle and Levke Möller took the lead in the nacra 15 event after the first day of racing at the Youth Sailing World Championships in Gdynia.

Mühle and Möller won the opening race before recording a discarded 15th and a third place to end on four points in a race stacked with sailors who competed at the 2018 Summer Youth Olympics in Buenos Aires.

The German pair are level on points with Australia's Will Cooley and Rebecca Hancock, while Youth Olympics silver medallist Titouan Petard and his partner Marion Declef occupy third spot on seven points.

Reigning Youth Olympic champions Dante Cittadini and Teresa Romairone, who arrived in the Polish city as the favourites, are sixth after finishing 12th, second and seventh in the three races held today.

It was a tricky day for the Laser Radials ? but the Boys and Girls managed to complete one race each.

World youth laser radial champion Chiara Benini Floriani continued her strong showing in the class by winning the girls' race, the only one possible in the discipline.

Connor Nelson of the United States is second, while Tytus Butowski is third.

Action is scheduled to continue tomorrow.