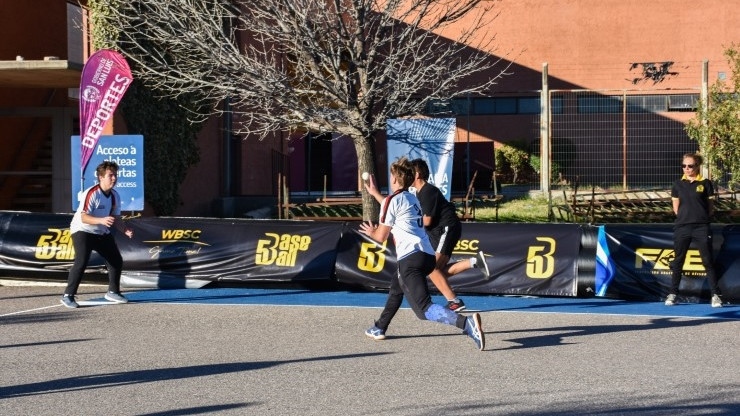 The World Baseball Softball Confederation (WBSC) has moved to highlight the continued growth of Baseball5 in Argentina since the urban discipline was presented at the 2018 Summer Youth Olympic Games (YOG) in Buenos Aires.

An inter-school tournament was recently launched by the Argentinian Baseball Federation and Liga Puntana de Béisbol at the Juan Gilberto Funes Stadium in San Luis.

More than 100 children from nine schools are set to participate in the six-month event.

The launch came hot on the heels of Baseball5 being played in Buenos Aires at the inaugural Union of Federations and Metropolitan Sports Entities (UFEDEM) Games Road to Dakar 2022 - the next edition of the Summer YOG in Senegal's capital.

The UFEDEM Games Road to Dakar 2022 included a total of 30 sports.

A group of eight school teams, composed of boys and girls aged 12 to 15, played the first Baseball5 competition of the weekend on the opening day of the multi-sport event.

The following day, a total of six club teams from Buenos Aires played the second tournament.

The Baseball5 inflatable field used during the 2018 Summer YOG was the main stage of the tournaments in San Luis and Buenos Aires.

Both events were played with official Baseball5 balls donated by WBSC after Buenos Aires 2018 in what the international governing body describes as a "material showcase of the Youth Olympic Games' legacy for the local baseball-softball community".

WBSC continental instructor Pablo Leone gave an initiation workshop during both events to introduce the fundamentals of the new discipline to coaches and school teachers, and create a multiplier effect across the local communities.

Baseball5 was launched by the WBSC last year, with the idea being to create a street version of the sport.

It is hoped the format will make baseball and softball more accessible.