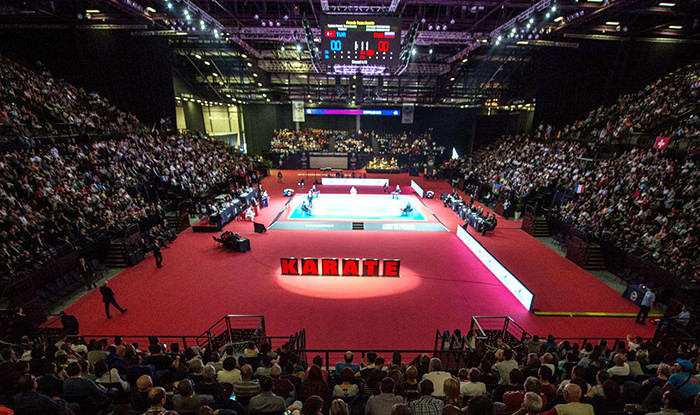 Kosovo will be allowed to compete at the European Karate Championships, which are due to start in Guadalajara tomorrow, "just as any other delegation", it is claimed, despite the Spanish Government’s refusal to allow the country to compete under their own flag at last year’s World Championships in Madrid.

The situation at the World Championships in November prompted the International Olympic Committee (IOC) to warn International Federations not to award major events to Spain until the issue was resolved.

Just over a week later, the Spanish Government promised to allow athletes from Kosovo to compete under their own flag and without discrimination at major events, despite the nation's ongoing refusal to recognise the country.

In a statement, the IOC and the Spanish Olympic Committee said the Kosovo flag, other symbols and the national anthem will be permitted at sporting competitions held in Spain.

"There are no changes concerning the participation of Kosovo athletes at the event," a spokesperson for the World Karate Federation (WKF) said.

"As far as we know, the situation is the same and they will be competing in Guadalajara just as any other delegation."

Spain has so far proved unwilling to recognise Kosovo, whose delegation were twice barred from entering Serbia to compete at last year’s European Karate Championships in Novi Sad.

Spanish daily sports newspaper Diario AS reported today that Kosovo's 10-strong delegation for this year's Championships have received their entry visas in Spain and will participate in the competition at the Pabellon Multiusos sports hall "on equal terms" to the rest.

More than 500 athletes from 51 countries are registered to compete at the 54th edition of the event, due to conclude on Sunday (March 31).

It is hoped the event will be another opportunity for the WKF to continue its push towards being included on the Olympic programme at Paris 2024.

Earlier this month, French officials said it will not be reconsidering its proposal for new sports on the programme after holding a meeting with leading figures from karate, including WKF President Antonio Espinós.

Espinós was accompanied by Francis Didier, President of the French Karate Federation, and Toshihisa Nagura, secretary general of the WKF.

Their aim was to convince Paris 2024 to agree to karate being a fifth additional sport, joining breakdancing, sport climbing, skateboarding and surfing - pending final approval from the IOC.

But their efforts proved to be unsuccessful with Paris 2024 explaining that "there were no new elements provided by the WKF that would imply reconsidering the proposal made to the IOC".

Additionally, the 2019 European Championships will provide the stage for karatekas to earn qualification to participate in the upcoming European Games in Belarus' capital Minsk.

All the current world champions from Europe and the world ranking leaders from European countries are set to compete in Guadalajara.

Following the first two days of competition, the finals are scheduled for Saturday (March 30) and Sunday.