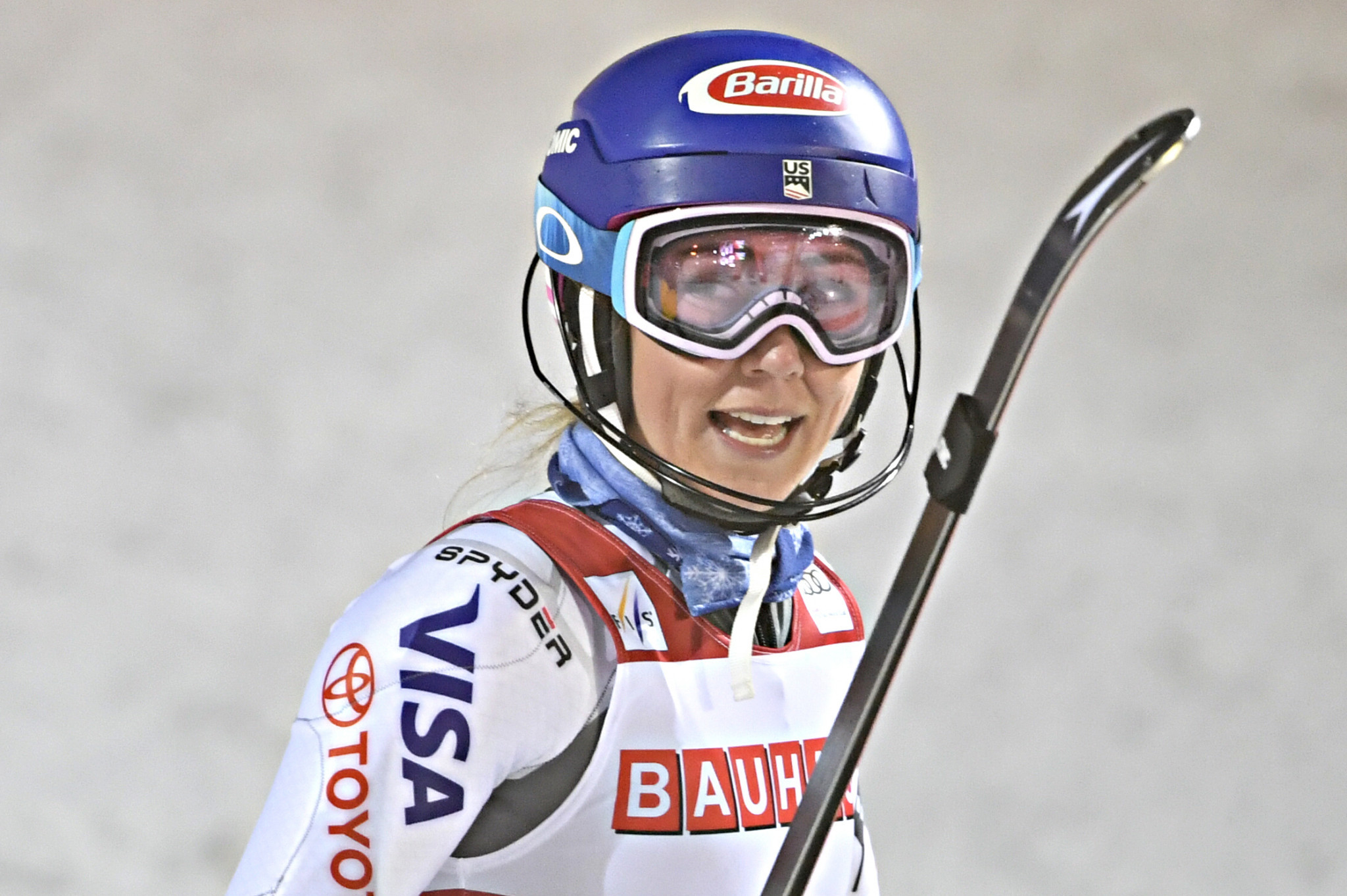 Shiffrin, who won two gold medals at the recent World Championships in Sweden, has an unassailable 719-point lead over Petra Vlhova of Slovakia at the top of the standings.

The 23-year-old was confirmed as the overall winner as there is a maximum of 700 points up for grabs from the final competitions of the season.

"It's quite strange because I am sitting here right now on my bed," Shiffrin, who has claimed 14 victories this season, said in a video posted on Twitter.

"This year it's even something more special because a fair portion of my wins have come in super-G.

"I always felt like I wanted to be able to earn it in all events.

"I'm working on getting to the point where I can earn it in slalom, (giant slalom), super-G and downhill, but I felt like this season was a really big step."

The race in the Russian resort was set to be staged as a replacement for the downhill, which also fell victim to the weather.

The FIS confirmed tomorrow's super-G would not take place and would be replaced by today's postponed event, while the downhill will not be rescheduled.

In a statement, the FIS said it was "nothing but impressed by the organisation at World Cup Rosa Khutor,  which has provided support for smooth travel and transportation to all teams and personnel".

"Weather circumstances in the mountain environment are uncontrollable, and the Local Organising Committee of World Cup Rosa Khutor in conjunction with FIS are doing everything possible to ensure Sunday’s super-G race," the statement added.

The Italian clocked a time of 1min 45.74sec to beat Switzerland's Beat Feuz in the first competition of the weekend after yesterday's downhill was cancelled in the Norwegian resort.

Matthias Mayer of Austria did enough for third as he crossed the line in 1:46.11.

Victory for Paris, who topped the podium in the super-G at the recent World Championships in Sweden, saw him add to his downhill triumphs in Bormio and in Kitzbuehel this season.

Feuz is 80 points in front of Paris in the race for the crystal globe going into the final downhill of the season, due to be held during the World Cup finals in Soldeu in Andorra.

The result also ensured Feuz kept up his impressive downhill record this campaign, where he has finished in the top three at every event except for the competition held in Lake Louise.

There was more disappointment for the women as today's super-G was rescheduled owing to heavy snow in.