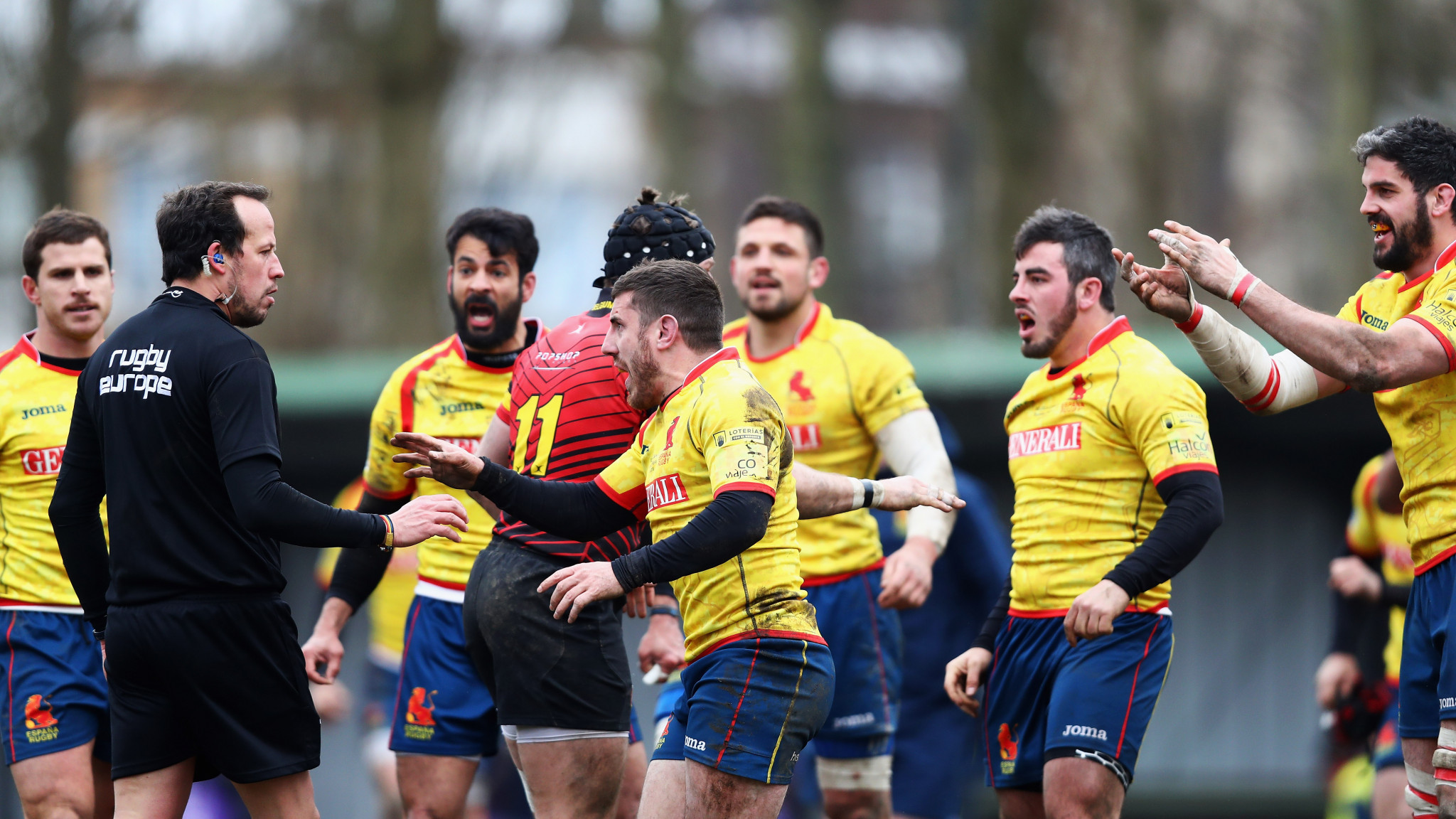 A formal complaint has been lodged by the Spanish Rugby Federation (FER) to World Rugby and Rugby Europe calling for their controversial match with Belgium to be replayed.

World Rugby has already launched an investigation into the "context of events" during Belgium's 18-10 victory over Spain in Brussels on Sunday (March 18), which saw Romania qualify for next year's World Cup in Japan at the expense of the Spanish side.

It came amid suggestions from Spain that Romanian referee Vlad Iordăchescu unduly influenced the result.

World Rugby and Rugby Europe, whose President is Romanian International Olympic Committee member Octavian Morariu, are looking into the appointment of Iordăchescu for the Europe Championship clash.

In a statement confirming the formal complaint, the FER claimed the incident had damaged the image of the sport.

"The Spanish Rugby Federation presented a formal complaint to World Rugby and Rugby Europe over the events that took place during Spain's game with Belgium on March 18," the FER statement read.

"The Federation trusts that World Rugby will allow the game to be replayed, given that the image of rugby is being damaged by this game."

The FER had already requested the three Romanian officials be changed but this was denied by Patrick Roben, the head of the continental body's Referees' Commission, who claimed it was not possible because the appointments were done months in advance.

Spanish players were seen angrily remonstrating with Iordăchescu following a number of decisions in the match.

The referee also had to be escorted from the field following protests from players.

Spain were expected to defeat Belgium, who scored all their points through penalties, to secure second place behind Georgia, who had already earned a place at the World Cup before the Europe Championship took place.

But despite a second-half comeback after the home team had taken a 12-0 half-time lead, Spain were beaten, meaning they finished third and will now have to meet Portugal for the right to play-off for a World Cup place with Samoa.

Romania came second and booked their place in Japan, with Samoa highly fancied to win the play-off.

A statement from Rugby Europe issued earlier this week said they would discuss the matter during a meeting in Poznan on Friday (March 23).

"Its agenda will be modified and a large portion of the meeting will be devoted to the analysis of every stage of the Belgium v Spain game," the statement read.