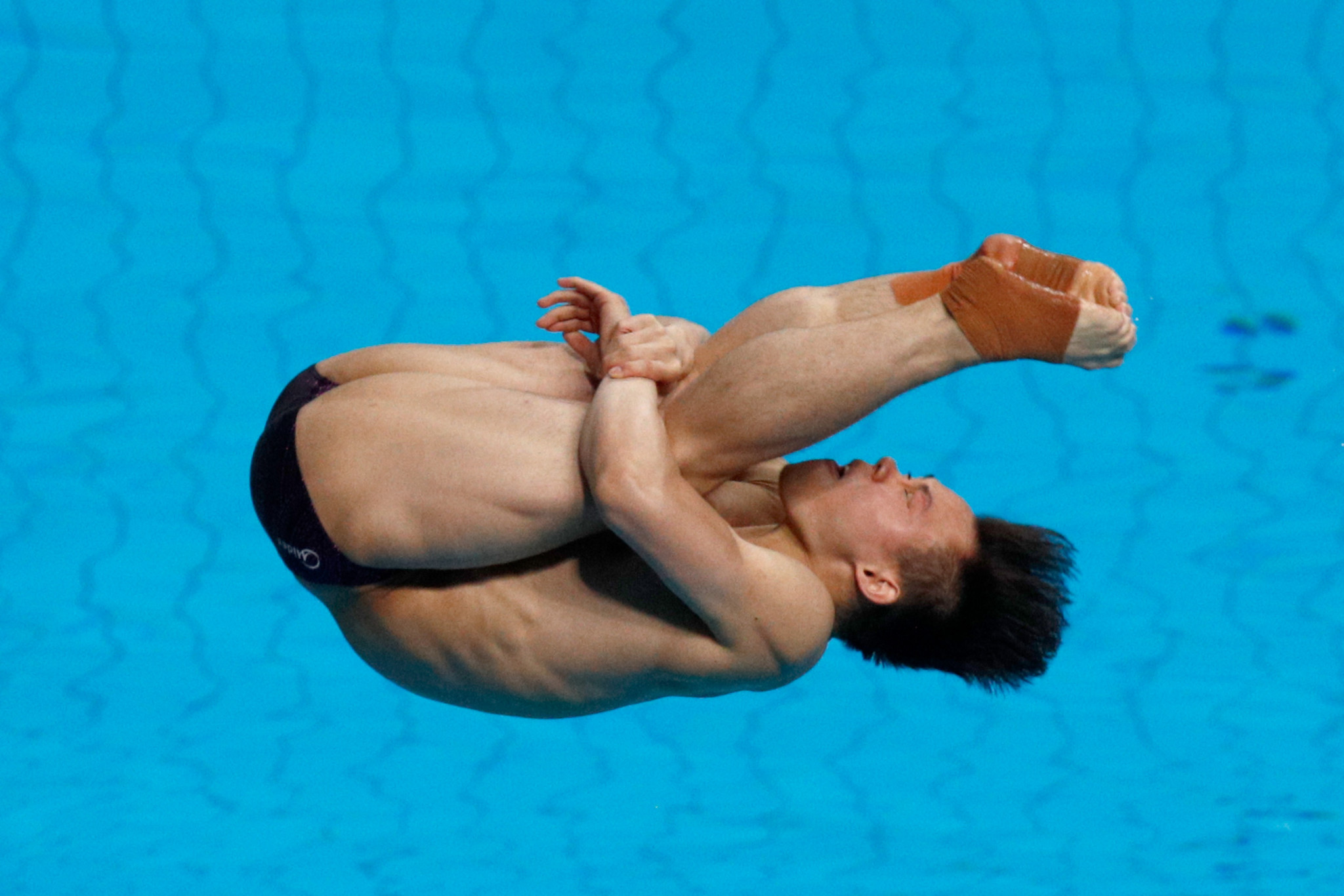 He finished on a total of 550.50 points to prove too strong for the rest of a top-class field.

China were similarly dominant in the corresponding women's event.

Shi Tingmao, the reigning world and Olympic champion, won with a score of 392.10 points.

Team-mate Wang Han was the only diver to push her close, as she scored 380.40 points for second place.

China have now won all five events contested so far in their home pool.