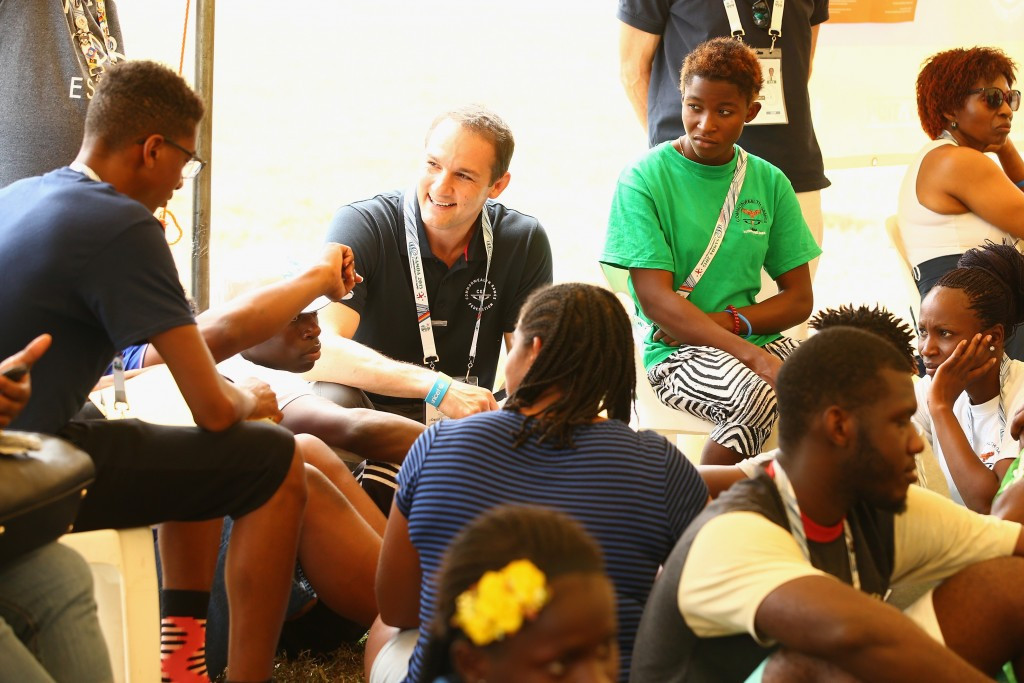 The Commonwealth Sports Movement and Unicef have revealed their Glasgow 2014 Commonwealth Games "Put Children First" campaign has reached out to over 11 million children in 40 countries.

As part of a broader Progress Report to be released in April 2018, and to mark World Children’s Day, the Commonwealth Sports Movement and Unicef announced that more than 11.6 million children have been reached by programmes across the Commonwealth.

This includes more than 450,000 children across all regions of Scotland, the Glasgow 2014 Commonwealth Games host nation.

In 2014, Unicef and the Glasgow 2014 Commonwealth Games came together, united by an ambition to transform children’s lives in every Commonwealth country by the next Games in 2018.

To-date, the initiative has reached 40 nations, with further programmes due to take place in the remaining Commonwealth countries and territories prior to the start of the Games in Gold Coast, Australia.

It has raised over £6.5 million ($8.6 million/€7.3million) for programmes dedicated to children from across the Commonwealth.

David Grevemberg CBE, chief executive of the Commonwealth Games Federation (CGF) said: “The Commonwealth Sports Movement is delighted to have delivered an impactful partnership with Unicef that has put more than 11.6 million children from across the Commonwealth first.

"Ever since the CGF and Glasgow 2014 united with Unicef in 2014, we have striven to drive meaningful change for children through the power of sport.

"The first results released today demonstrate that real change has been achieved, and that we have delivered, and will continue to deliver, on our commitment to transform children’s lives in every part of the Commonwealth by the time of Gold Coast 2018.”

Mike Penrose, executive director of Unicef UK, said: “Unicef is proud that our unique and ambitious partnership with the Commonwealth Sports Movement has had such a profound and positive effect on so many children in communities across the Commonwealth.

"By collaborating with Glasgow 2014, the CGF and Commonwealth Games Associations on this ground-breaking initiative we have been able to build better futures for children across the Commonwealth.”

The "Put Children First" partnership has helped change children’s lives for the better through programmes focussed on things such as child safeguarding education, child rights empowerment, HIV and Aids, disability, peace and reconciliation.