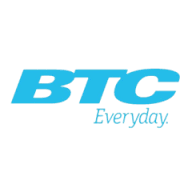 Organisers of the Commonwealth Youth Games have been given a financial boost after the Bahamas Telecommunications Company (BTC) announced they had provided a cash injection of $250,000 (£192,000/€218,000) to help support the event here.

The BTC are the principle sponsor of the event, which officially begins tomorrow with action in judo and beach volleyball and the Opening Ceremony.

Action at the sixth edition of the Commonwealth Youth Games is also set to be streamed live on Flow Sports, a sister company of BTC.

Exact details of the coverage has not yet been revealed, however.

"Today we are proud to officially announce our $250,000 investment in the sixth edition of the Commonwealth Youth Games," said Cartwright.

"The Bahamas has opened its arms to welcome hundreds of young athletes from 64 countries.

"These Games are particularly special for BTC as our sister company, Flow Sports holds the official worldwide broadcast rights for this year’s Commonwealth Youth Games.

"Customers throughout the Bahamas and the region will be able to view the games live, courtesy of the Flow Sports Network.”

Michael Pintard, Minister of Youth, Sports, and Culture, praised BTC for their contribution to the event and claims he hoped a successful Commonwealth Youth Games would pave the way for other International Federations (IFs) to hold their major Championships here.

"We’re grateful that BTC came on board as a significant sponsor," said Pintard.

"These are not inexpensive events, but the Government believes that this gives us an opportunity to provide a platform for future world leaders.

"We are open to deepening our relationship.

"FIFA and IAAF have already held events in the country thus far this year.

"We are interested in developing a reputation of being a sporting power in as many disciplines as possible, therefore all IFs are on the radar for us."

The 2017 Commonwealth Youth Games are set to be the biggest edition of the event, first held in Edinburgh in 2000.

There are due to be 96 gold medals awarded in athletics, beach soccer, beach volleyball, boxing, road cycling, judo, rugby sevens, swimming and tennis.

Five of these will be won during tomorrow's judo competition, where the sport will make its Commonwealth Youth Games debut.