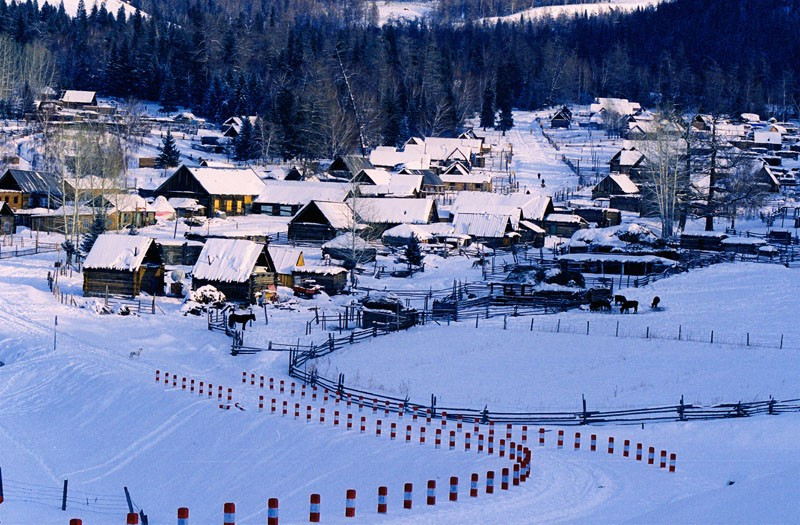 China is hailing this year's National Winter Games as an opportunity to help build interest in winter sport in the  build-up to the 2022 Winter Olympics due to be staged in Beijing.

The event is taking place in the far-western autonomous region of Xinjiang and consists of 1,389 athletes spanning 52 delegations from across the world's most populous nation..

These include Hong Kong and Macau.

The Games are being being billed as the first national sports competition to be held in Xinjiang, a region with a large Muslim Uyghur minority which has historically endured a tense relationship with the ethnic Chinese.

The National Winter Games was launched in 1959 but this, the 13th edition, marks the first time it has been held outside the north-eastern provinces of Heilongjiang and Jilin.

A pledge to use the Games to encourage 300 million new people in China to participate in winter sports was a major part of the bid's appeal.

Snow events at Beijing 2022 are set to take place in Zhangjiakou in Hebei Province, a city 193 kilometres to the north-west of the Chinese capital.

The National Winter Games, being held in the Xinjiang capital Ürümqi, 3,175 kilometres from Beijing, is seen as a key way to broaden the appeal further afield.

Illustrating the sheer size of China, Ürümqi is actually closer to Almaty than Beijing, laying only 869km to the east of Kazakhstan's largest city.

It should also provide opportunities for young athletes to gain experience on the road to Beijing 2022, with special events to be held for those aged 19 and under.

The Games began with a 50 minute Opening Ceremony showcasing the "Chinese Dream" and action is due to take place until Saturday (January 30).

“Hosting the 13th National Winter Games in Xinjiang is a strategic move for China’s winter sports, which will be further promoted to western and southern China," said Chinese Olympic Committee President Liu Peng at the Opening Ceremony.

"It will also help China gain more experience in organising winter sports events to prepare for the Beijing Winter Olympics."