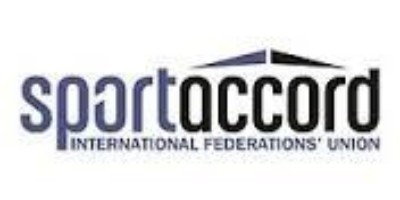 A perceived imbalance between the power of Olympic and non-Olympic Federations and an organisational structure "not in line with standards of good governance" are criticisms set to be addressed by the SportAccord Council when they meet to discuss the body's proposed new statutes on January 26.

The meeting in Lausanne will be chaired by Gian Franco-Kasper, the International Ski Federation (FIS) and Association of Winter Olympic International Federations (AIOWF) President who became the body's interim head following the resignation of Marius Vizer last year.

As well as his council colleagues, the meeting will also be attended by Francesco Ricci Bitti, the Association of Summer Olympic International Federation (ASOIF) head who also chairs the SportAccord Convention.

Others in attendance will include Andrew Ryan and Sarah Lewis, representing ASOIF and AIOWF respectively, both of whom are playing a key role in restructuring the body.

Merging SportAccord and SportAccord Convention is the primary objective of new statutes, a concept which was approved at an Extraordinary General Assembly meeting held during November's International Federations (IF) Forum in Lausanne.

Other aspects proved more contentious, however, and were debated in detail during the meeting, the minutes of which have been obtained by insidethegames.

Under the proposals, there would only be four SportAccord members: ASOIF, AIOWF, and the organisations representing International Olympic Committee (IOC)-recognised and independent members.

ASOIF would have three members, with AIOWF two and the Association of IOC Recognised International Federations (ARISF) and the Alliance of Independent Recognised Members of SportAccord (AIMS) one each.

This would effectively mean that the Olympic sports would hold a clear majority of five of the seven votes, despite only accounting for 34 of the 92 full SportAccord members.

Most interjections during the EGM were made by representatives from non-Olympic sports, with International Air Sports Federation executive director Frits Brink warning of a "feeling of suspicion" among the small members in contrast to the "positive atmosphere" of recent years.

Vervaecke also claimed that, because all members of the SportAccord Council are from the same four bodies which will make up the proposed membership, the proposals are "not in line with standards of good governance" as power will be centralised in the hands of the same few individuals.

Brink also warned against possible IOC-intrusion in SportAccord, slamming a proposal in the statutes that any multisport Games organised by SportAccord should only go ahead in consultation and in agreement with the IOC as "completely wrong".

All of these points were responded to by Kasper in the meeting, who claimed that the SportAccord values to represent all sports remain unchanged.

He believes that having just four members would be advantageous in order to avoid duplication of discussions within the four umbrella bodies, while also saving time and money.

Biannual meetings between the Federations would still be held during the annual SportAccord Convention and IF Forum, it is envisaged, but without any direct participation in the governance of SportAccord, given that they will no longer be members.

All Federations have had the opportunity to give further feedback since the EGM last month, where insidethegames understands that many of these points were raised once again.

The discussions on January 26 will be the next step and will be key in finalising the statutes ahead of their proposed approval at a meeting during April's SportAccord Convention in Lausanne.

"The agenda item for the meeting is specifically to review the draft statutes for the merged organisation together with the President of the SportAccord Convention, based on the feedback from the members at the EGA and subsequently," a SportAccord spokesperson told insidethegames.

A two-thirds majority of existing members will be required to change the statutes, something that it appears hard to see being achieved unless the non-Olympic sports show support.

Vizer, the former SportAccord head who resigned following the fallout of his criticisms of the IOC and its President Thomas Bach last April, is still a stakeholder by virtue of remaining President of the International Judo Federation and is thought to retain some influence behind the scenes.

He has no role on the Council, however.

The proposed statutes can be accessed at SportAccord Draft Statutes 2015.pdf