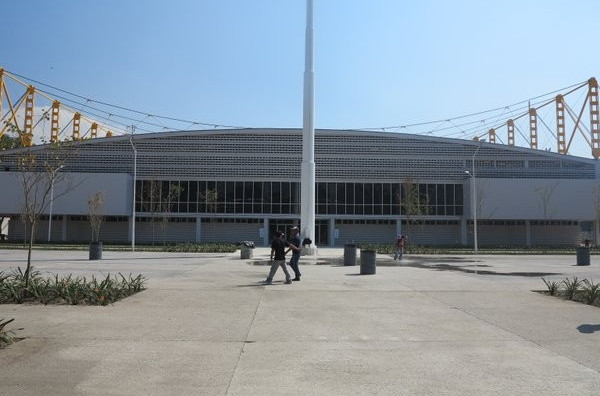 The World Taekwondo Federation (WTF) World Cup and Grand Prix Final in Mexico City will now be held at the Sala de Armas venue in which fencing was held at the 1968 Olympics, it was announced today.

The event had initially been due to take place at the Gimnasio Olímpico Juan de la Barrera, but will now be moved around 12 kilometres to the north-east in a venue located at the Magdalena Mixhuca sports complex.

In a letter sent to the WTF family, operations director Gabriel Ramos revealed substantial road works and rennovations are taking place close to the Gymnasium.

This is putting into risk the "optimal delivery" of the competitions, he claimed.

The new venue has therefore been proposed, with the recently renovated facility having been developed for the fencing competition at Mexico's only Olympic Games 47 years ago.

The Magdalena Mixihuca complex also played host to a Formula One Grand Prix at the beginning of this month.

The season-ending Grand Prix Finals are set to take place on Saturday and Sunday (December 5 to 6), with the World Team Championships following on December 8 and 9.

A WTF Gala Awards ceremony is also scheduled for the Mexican capital on December 7.

"It is a pleasure for us to start this week knowing that we are just a few days away of being part of history, hosting the last Grand Prix Final prior to the Rio 2016 Olympics," wrote Ramos in his letter.

"Mexico City's Government and the Organising Committee are working with the commitment to deliver a world-class event like those that have given recognition to Mexico and its Taekwondo Federation in recent years.

"I am officially contacting you to notify you that the surrounding streets of the venue that we originally planned to host the Grand Prix Final and the World Cup, are undergoing a series of heavy works and renovations that have caused very dense traffic in all the surrounding streets and generates access problems to the gymnasium that highly put in risk the optimal delivery of the competitions.

"Therefore, Mexico City's Government has proposed a new venue for both events that ensures the development of these important competitions.

"It is important to mention that the Organising Committee, headed by Master Horacio de la Vega, Mexico City Sports Institute Director, has done all the arrangements so the change of venue does not affect in any way the optimal delivery of the competition but it guarantees a better development for both events.

"I want to reiterate our commitment with the quality and professionalism in carrying out the Grand Prix Final and the World Cup."