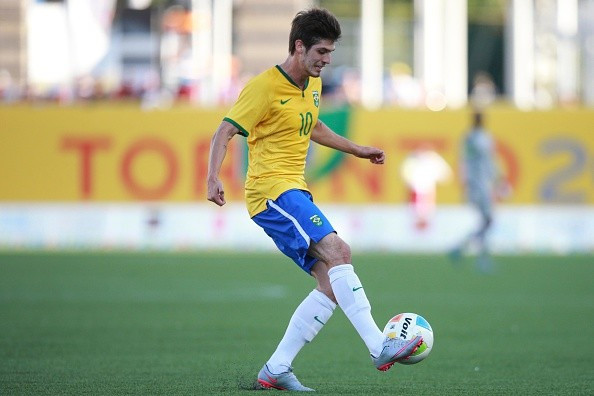 Toronto Police have issued warrants for two Brazilian football players, Lucas Piazon and Andrey De Silva Ventura, for an alleged sexual assault on a 20-year-old woman during the Pan American Games in the Toronto city earlier this year.

Both players were part of the Brazilian men’s bronze medal winning football team at the Games, which took place from July 10 to 26, with the duo leaving the day after competition drew to a close.

It is alleged Piazon and Ventura met the victim and a friend at a “Toronto nightspot” on the last night of the Games before accompanying both women to a room within the city where the sexually assault is believed to have taken place.

“The victim, once she arrived at home, went to sleep,” Inspector Joanna Beavens-Desjardins told a press conference in Toronto.

“They entered her bedroom and sexually assaulted her, she awoke and both of them left the residence.

“We encourage all affected individuals to come forward and report to police as we want to make sure everyone receives the support services that they may need, regardless of their decision to report and proceed criminally.”

Ventura is wanted on a Canada-wide warrant but the country does not currently have an extradition treaty with Brazil, where the 22-year-old currently plays as a goalkeeper for Botafogo.

Meanwhile 21-year-old Piazon is currently playing in England for Reading, on loan from Premier League champions Chelsea, but is only subject to a warrant for the province of Ontario, where Toronto is located.

Piazon therefore cannot be extradited to Canada but would be arrested should he return to the province of Ontario.

It is the second sexual assault case involving Brazilian athletes at the Games as Toronto Police also issued a warrant for the arrest of men’s water polo player Thye Mattos Ventura Bezerra during the Games.

The 27-year-old was accused of sexual assaulting a 22-year-old female victim at her home on July 16, but left the country on the same day as the offence is claimed to have taken place to compete in the World Aquatics Championships in Kazan, Russia.