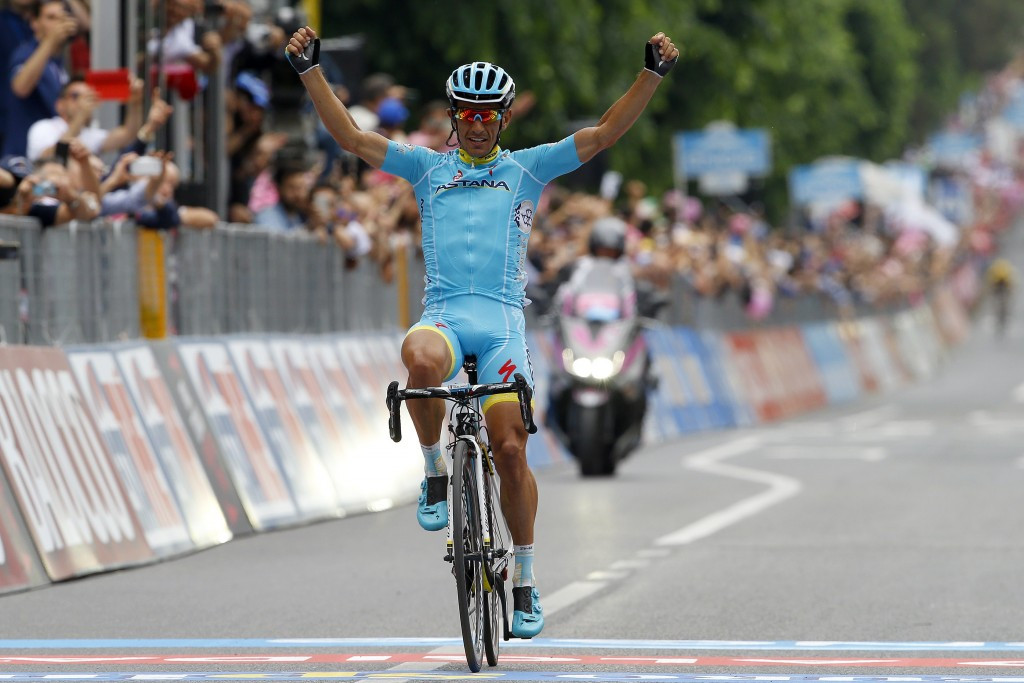 Italy’s Paolo Tiralongo has won stage nine of the Giro d'Italia as Tinkoff Saxo rider Alberto Contador retained the Maglia Rosa but lost one second to his nearest challenger.

Astana Pro Team athlete Tiralongo finished the 224-kilometre leg from Benevento to San Giorgio del Sannio in a time of five hours, 50 minutes and 31 seconds, but admitted it was a surprise victory.

"Today I was part of a great team,” he said.

“I found the right breakaway.

“My job was to wait for my team mates on the final climb, but things didn’t turn out that way.

“It is an unexpected win.

“On the hard final climb, I caught [Tom-Jelte] Slagter, then I held on as the finish line approached."

Injured Contador finished in 11th place in a time of 5:51:28 to keep the leader's pink jersey, however his lead was cut as overall second placed rider and Tiralongo’s team mate Fabio Aru snatched back a second to now sit just three seconds behind the Spaniard.

“I would have preferred to have ridden more conservatively from the final climb to the finish, but Aru asked me to work with him because [Rigoberto] Urán was behind us, and it was important to put time into him,” Contador said.

“We worked together, even if he sprinted to gain back a second, but I’m very happy with where I am after nine stages.

“I have the Maglia Rosa, and I have a rest day for my shoulder and legs to recover."

Tomorrow is a rest day before the Giro continues on Tuesday (May 19) with a flat 200km stage 10 from Civitanova Marche to Forlì.