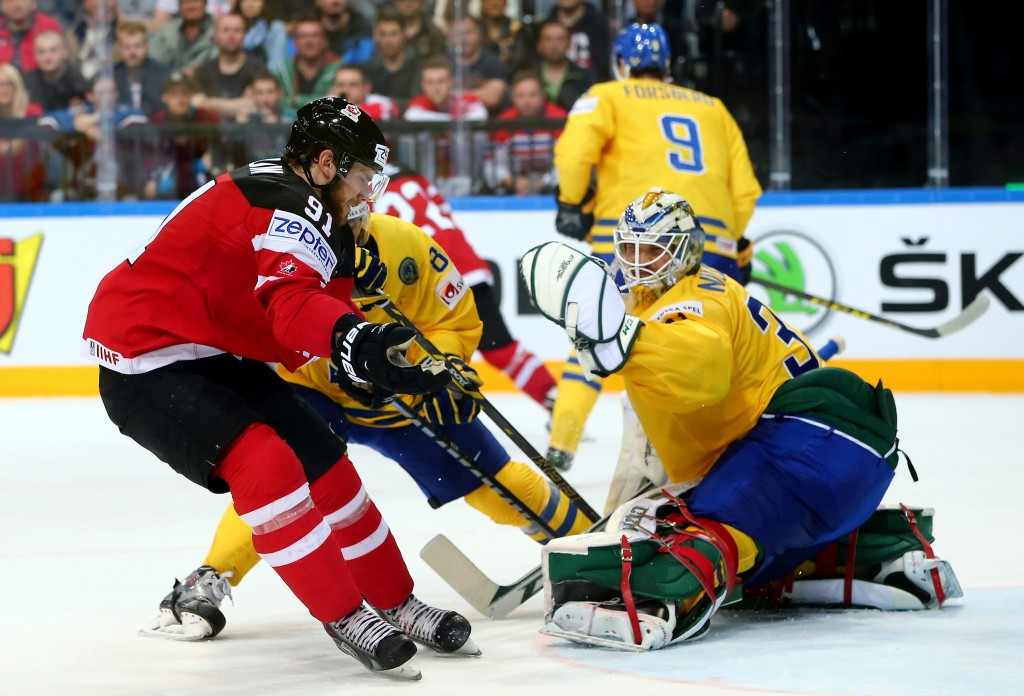 Canada’s perfect record at this year’s Ice Hockey World Championship looked under threat tonight but the Olympic champions managed to claw back the game and defeat Sweden 6-4 to continue their winning streak in the Czech Republic.

Sweden had a 3-0 lead by the end of the first period and, although Canada managed to score three times in the second period, a further Swedish goal from Oscar Möller saw his nation maintaining the upper hand, with a lead of 4-3 at the O2 Arena in Prague.

However, Sochi 2014 gold medal winners Canada battled back and scored the only three goals of the third period to erase the Swedish lead and take the game with a 6-4 victory to maintain their spot at the top of Group A.

"We had a big wake-up call in the first," admitted Canada’s Tyler Seguin.

"We went to the dressing room and talked before the second.

“A lot of guys were saying we can do better.

“We can score goals.

“We can be better at defending.

“We put it all together and came away with three points."

Olympic silver medallists Sweden remain tied in second place with Switzerland, who suffered a 2-1 defeat at the hands of Latvia at today’s other game in Prague.

Meanwhile, defending world champions Russia bought themselves back into the tournament with a comfortable 5-2 victory over Denmark at the ČEZ Aréna in Ostrava.

Sergei Mozyakin and Artemi Panarin ensured Russia were 2-0 up by the end of the first period and both nations scored once in the second.

But Russia were not going to let this win get away from them after being beaten by the United States on Monday (May 4) and scored twice again in the third period, with Denmark only able to manage a single goal.

Despite the victory, the nation were not entirely happy with their performance.

“We scored goals, but of course we didn’t quite play the kind of game we need at the World Championship,” Panarin said.

“We’ll have to keep working on it - there are more difficult opponents ahead and things will get harder.”

The other Group B match of the day saw Norway overcoming Slovakia 3-2.

Competition continues tomorrow with Group B leaders US taking on Belarus and Finland battling Slovenia in Ostrava, while Sweden face Germany and the hosts compete against France in Prague.