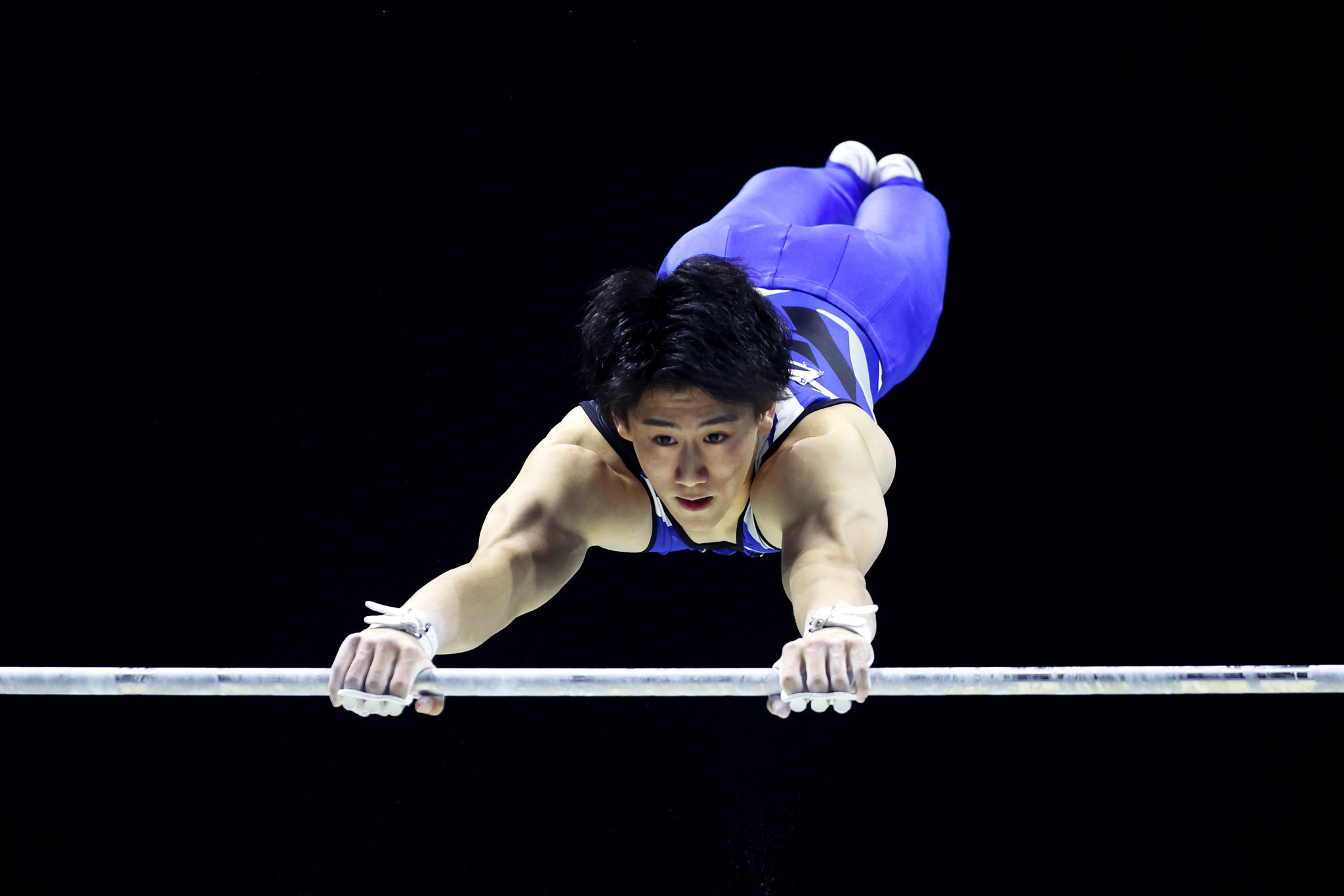 Double Olympic champion Daiki Hashimoto produced a scintillating performance to top the horizontal bar standings as the men's qualifying stage came to an end at the Artistic Gymnastics World Championships in Liverpool.

Japan's Hashimoto won a gold medal in the discipline at Tokyo 2020 in addition to the all-around title, and set a leading score of 15.100 today at M&S Bank Arena.

The 21-year-old's routine was deemed better than challenges from Chinese duo Sun Wei and Zhang Boheng who finished with 14.833 and 14.733 points, respectively.

The 20-year-old holds a slender 0.033-point lead over Kazakhstan's Milad Karimi after amassing a score of 14.766, while Britain's Giarnni Regini-Moran completes the top three on 14.533.

Another Olympic champion, in the form of China's Zou Jingyuan, topped the standings in the individual apparatus disciplines.

The 24-year-old risked a 9.200 execution routine but pulled it off to near perfection to amass 15.700 points from the judges.

The vault bronze medallist from last year's postponed Olympics, Artur Davtyan, is in control of the discipline in Liverpool.

The Armenian notched up 14.900 points to edge out Filipino Carlos Yulo and Romania's Gabriel Burtanete on 14.849 and 14.633 points, respectively.

Home favourite Courtney Tulloch has a minute lead in the rings discipline as he, Zou, and Turkey's Adem Asil all scored 14.666 points.

Tulloch's higher execution score of 8.566 to 8.366 gives him the advantage over the chasing pair.

Commonwealth Games champion Rhys McClenaghan of Ireland also has the edge in the pommel horse because of his execution score despite his total score of 15.233 being level with Stephen Nedoroscik of the United States.

Kazakhstan's Nariman Kurbanov is third on 15.033.

Competition is set to continue tomorrow with the first medal event as the women's team final is scheduled.