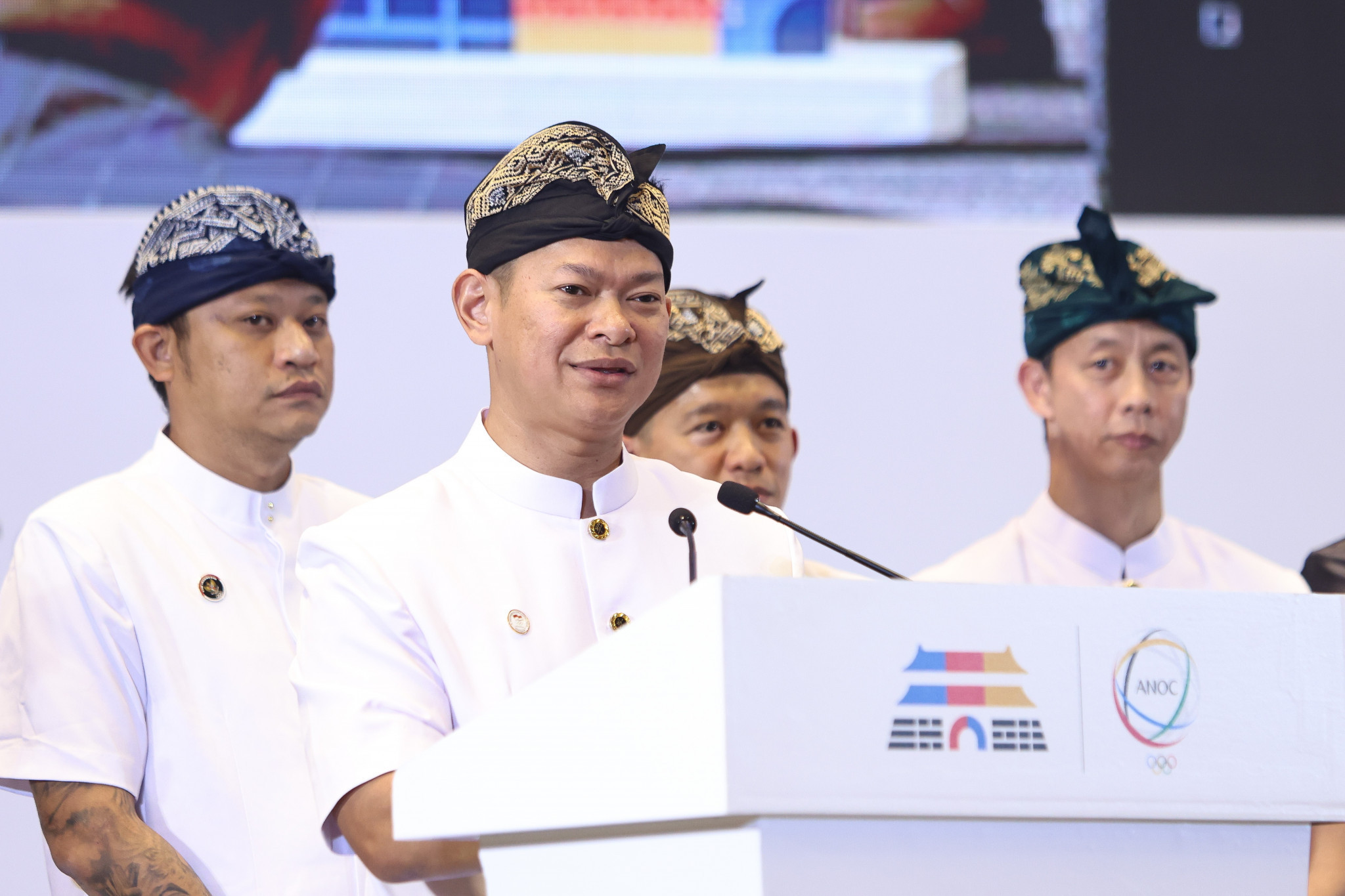 Spending by the Association of National Olympic Committees (ANOC) on its World Beach Games dossier amounted to less than $15,000 (£13,350/€15,300) over the first six months of this year, as the organisation seemingly strove to live within its much-reduced means.

The figures were contained in slides presented at the ANOC General Assembly in Seoul this week.

The slides suggested, on the basis of unaudited financial statements, that ANOC spent less than it received in the first half of this year, with expenditures totalling $1.57 million (£1.4 million/€1.6 million) against a revenue of $2 million (£1.8 million/€2 million).

A different picture seems likely for the full year, however, with the current General Assembly - budgeted at $4.4 million (£3.9 million/€4.5 million) - needing to be paid for.

The new figures come to light at a time when the future of the Games has emerged as a hot topic of debate around the organisation.

Richard Peterkin, an ex-member of the International Olympic Committee (IOC) and current treasurer of Panam Sports, recently called for the Games to be scrapped, decrying the event as a "waste of time and money".

Neven Ilic, the Panam Sports President, had earlier appeared to encourage debate on the event's future.

Ilic said: "And in my personal opinion - why are we doing Beach Games?

"Some people can say, yes, because it is important.

"Other people can say, it is not our role to do Beach Games.

"The best way to be clear is to speak and decide, 'Okay, we take this role and we will follow this role'."

In spite of such comments, ANOC on Wednesday signed the Host City Contract for next year's World Beach Games in Bali - the second edition of the multi-sport event - with the Indonesian Olympic Committee.

The Games are scheduled to be held from August 5 to 12 next year, followed by the 2023 ANOC General Assembly.

Contacted by insidethegames, ANOC clarified its World Beach Games budget of $327,000 is "for the expenses of preparation, inspection visits and promotion that ANOC will have to cover, prior to the next production of the AWBG", and separate from the Organising Committee's budget.

"Registration of the 'AWBG' logo and trademark and related domains, which is still in progress", an inspection visit to Bali and costs associated with the World Beach Games website "and related communication" account for the $14,276 (£12,800/€14,600) spent so far, according to ANOC.