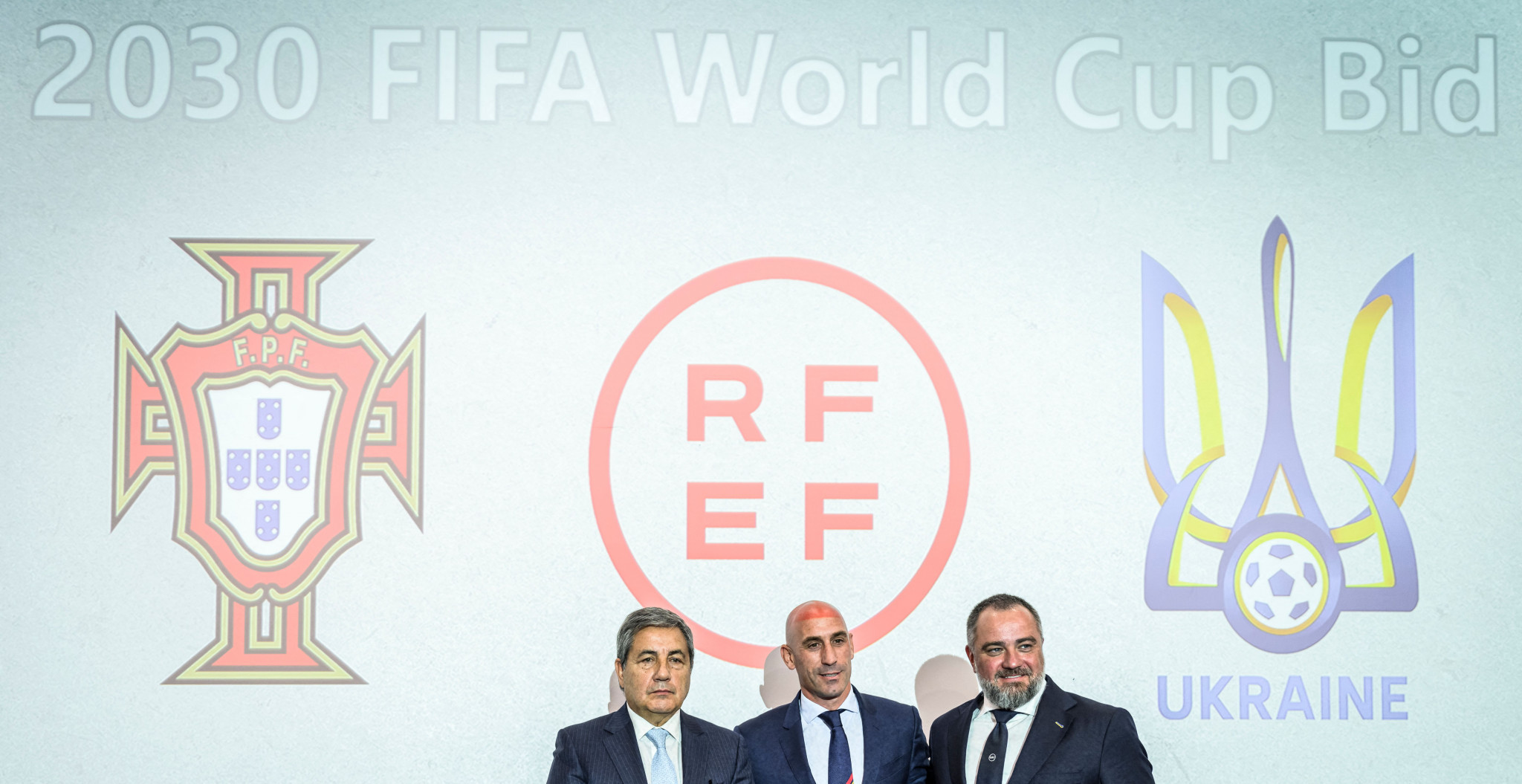 Spain and Portugal have added Ukraine to their joint bid for the 2030 FIFA World Cup.

The eye-catching move brings in the country which currently has the support of most of the world as it battles against the Russian invasion.

European football body UEFA has given its "unconditional support" to the arrangement, which was confirmed at a press conference today.

Ukraine President Volodymyr Zelenskyy is also said to back the plan and officials from the country will now join the committee in charge of the bid.

No changes have been announced to the current stadia proposed, however, with Spain putting forward 11 venues and Portugal three.

How Ukraine will be involved is due to be "discussed and defined in due course".

"Luis Rubiales and Fernando Gomes, the leaders of the RFEF and the FPF, understand that there is nothing better than a World Cup to strongly convey a message that serves as a source of inspiration in the future," an RFEF statement said.

"With the maximum support of [UEFA President] Aleksander Čeferin, the Iberian candidacy incorporates the federation chaired by Andriy Pavelko in order to build bridges and project a message of unity, solidarity and generosity on the part of all European football.

"The candidacy strengthens ties with Europe by generating hope and providing reconstruction tools to the Ukrainian people, who have expressed their pride and gratitude for participating in this project.

"The Coordinating Commission of the 2030 World Cup, led by Antonio Laranjo, is already working with the participation of Ukraine, which will soon incorporate the members of its delegation.

"The Ukrainian arrival does not alter the established roadmap - Spain maintains its 11 venues and Portugal will continue with three.

"The candidacy of Spain, Portugal and Ukraine has the approval of both the Government and the head of state, and will meet all the deadlines for delivery according to FIFA.

"We are confident that the world football family will embrace and support this initiative."

Ukraine is almost 3,000 kilometres to the east of Spain.

No FIFA World Cup has been held in more than two countries before, or in nations which are so far away from each other.

One problem is that it is unclear what the situation will be like in Ukraine in 2030.

Russia, meanwhile, may have been welcomed back to international sport by then and could qualify.

"This candidacy has many things to gain," Rubiales added.

"Today we take another step - together we represent the transformative power that football has in society.

"We believe that this candidacy, now, is much better."

A statement on the Ukrainian Association of Football website said: "The example of tenacity and resilience given by the Ukrainian people is inspiring.

"This proposal aims to contribute through the power of football to the recovery of a country in the process of reconstruction."

Challenges for the 2030 tournament are set to come from Morocco, a joint South American bid between Uruguay, Argentina, Paraguay and Chile, and a three-continent effort from Greece, Egypt and Saudi Arabia.