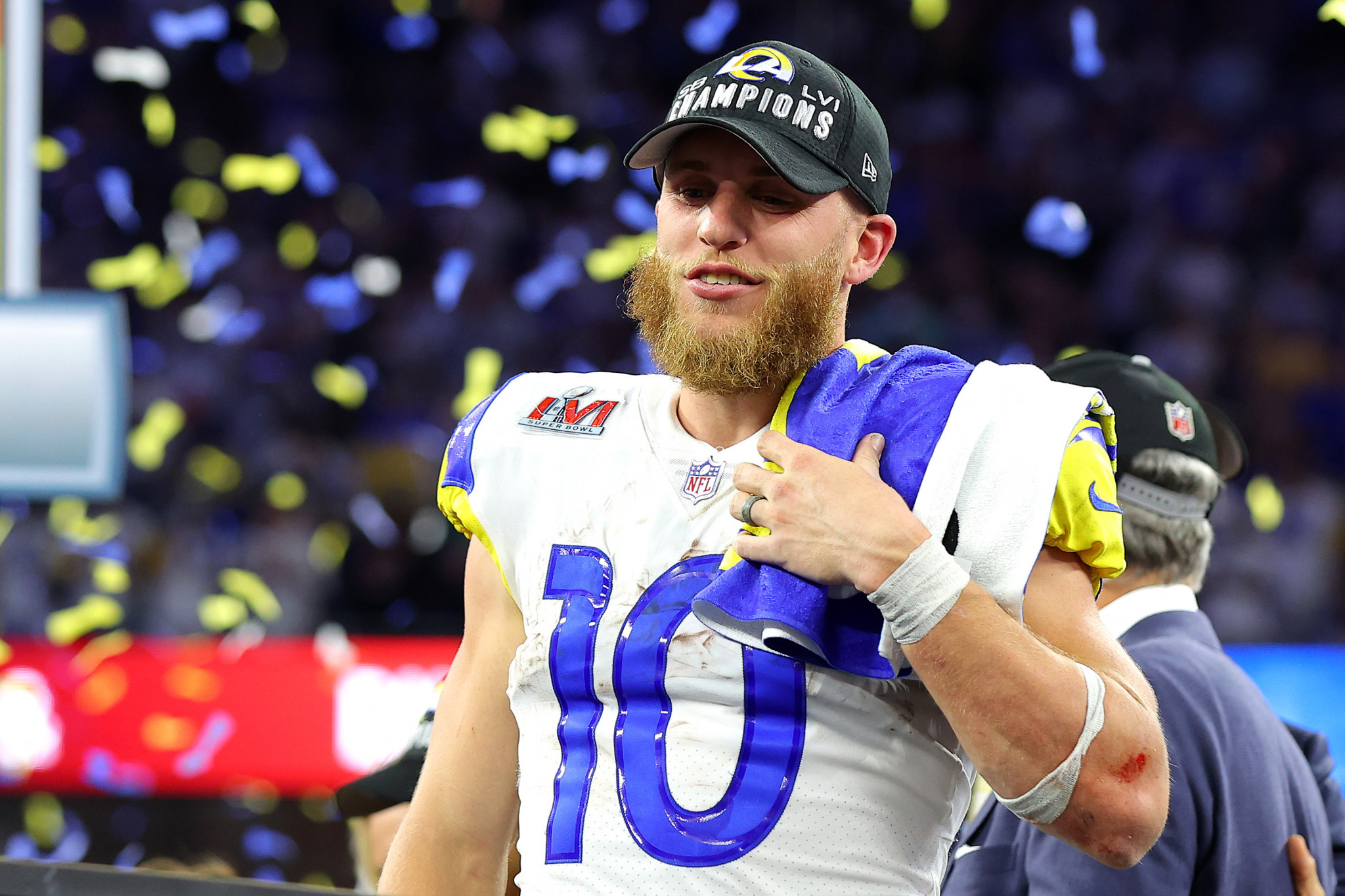 Super Bowl champions Cooper Kupp, Russell Wilson and Willie McGinest are among seven global flag football ambassadors who have been appointed to promote the long-term growth of the sport.

The group represents the first flag football ambassadors named by the International Federation of American Football (IFAF) and NFL.

"Flag football is one of the fastest-growing sports worldwide with huge appeal amongst the younger audience," Kupp, a wide receiver for the Los Angeles Rams, said.

"This exceptional team of ambassadors will work together to further promote the sport and express our values of diversity, inclusion, and equality to attract and retain even more players, and take flag football to the next level!"

The global flag football ambassadors have been given the role of increasing the awareness of, interest in and participation in flag football alongside the two organisations.

The sport is played in more than 100 countries, says the IFAF, which is on a shortlist of International Federations in contention to have their sport added to the Los Angles 2028 Olympic programme.

The IFAF is preparing to launch a large-scale cycle of elite international flag competitions, including full continental representation for the first time, next year.

More ambassadors are expected to be announced during the upcoming NFL season.

"A global collection of men and women representing the wider American football family, who will help drive awareness, interest, participation and champion the transitional life values unique to the sport of flag football as part of our strategy to grow the game, in partnership with IFAF," Troy Vincent, NFL executive vice-president of football operations, added.