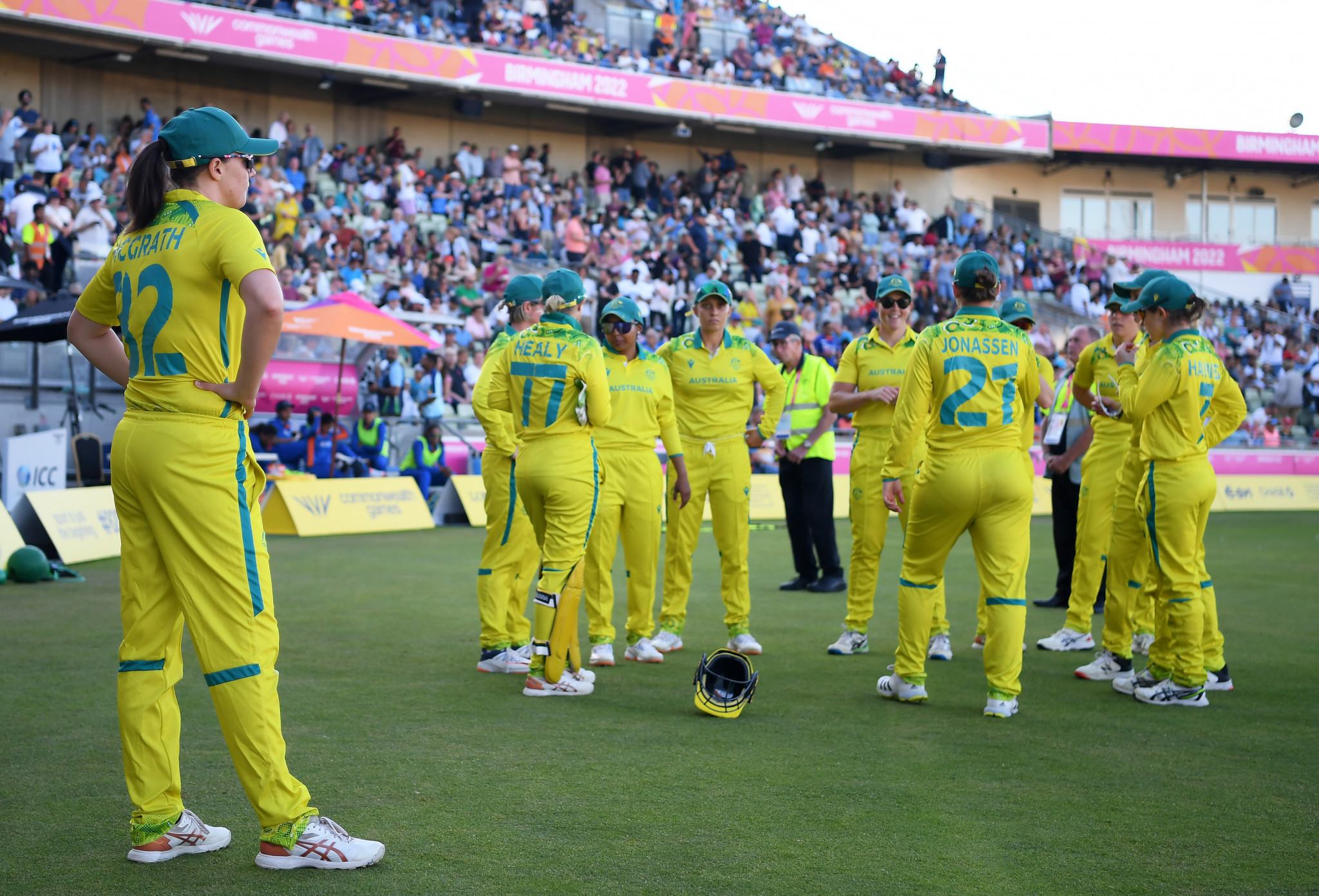 Australia’s gold medal winning cricket team have revealed they were told not to include Tahlia McGrath in wicket celebrations after she returned a positive COVID-19 test shortly before the victory over India in the Commonwealth Games gold medal match here.

McGrath also wore a mask for the victory ceremony on the podium.

The team learned of McGrath’s positive test just before the they were due to depart for the gold medal match against India at Edgbaston.

McGrath who was listed in the Australian starting line-up at the toss, had been the highest Australian run scorer in the Commonwealth Games.

"The International Cricket Council (ICC) approved her participation in the final," the CGA added.

"Cricket Australia medical staff have implemented a range of comprehensive protocols which will be observed throughout the game and for post-match activity, to minimise the risk of transmission to all players and officials."

McGrath only made two runs but took an important catch to dismiss Indian opener Shafali Verma as Australia won the match by nine runs.

"I think the positive result was a bit of a shock to her."

Jess Jonassen added: "We were told not long before we were leaving for the ground.

"She was going to be separate from the group, limiting contact with wicket celebrations and those sort of things."

Megan Schutt added: "All we can do is try our best to keep it out of our squad."

Indian skipper Harmanpreet Kaur was unwilling to be drawn on McGrath's inclusion in the Australia team.

"That is something not in our control, it is something the Commonwealth has to take charge of and whatever they said, we had to follow that," Kaur said.

On social media there has been criticism of the Australian team's decision to select McGrath after the positive test was known.