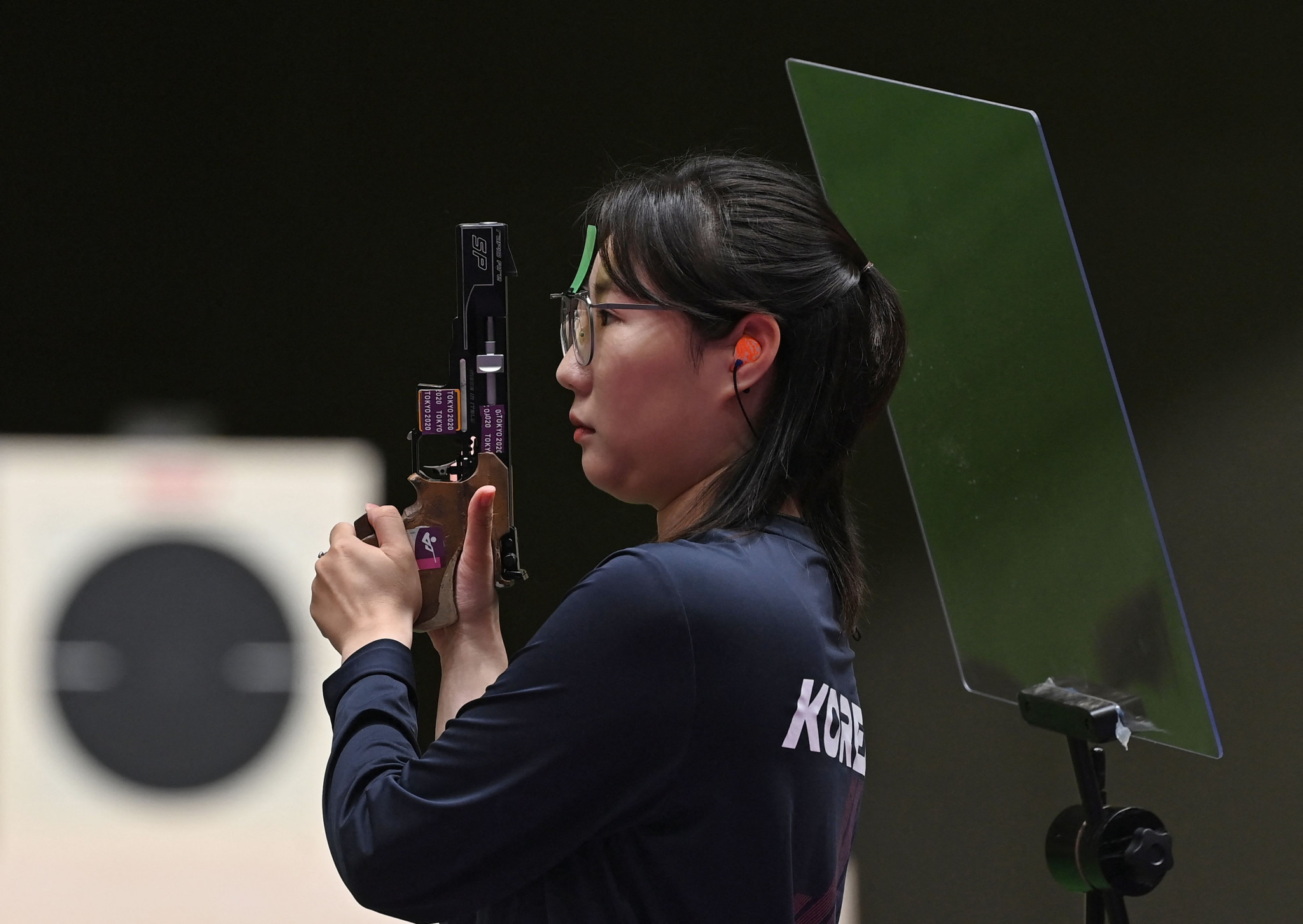 Having claimed their first gold of the event at the Changwon International Shooting Range in the women's team trap yesterday, the women's team air rifle provided a further source of success for South Korea.

Singapore claimed bronze with a 16-10 triumph over Japan.

South Korea also had an opportunity of gold in the first final of the day through Bang Seung-ho, Kim Sang-do and Park Hajun but lost 17-15 to India's Arjun Babuta, Tushar Mane and Paarth Makhija in the men's team air rifle.

Uzbekistan secured a 16-14 win against Kazakhstan in the match for bronze.

The other bronze medal went to China's Yu Haicheng and Wang Xiaojing, who saw off Germany's Paul Pigorsch and Bettina Valdorf 7-3.

The ISSF World Cup is set to continue tomorrow with the start of the men's 50m rifle three positions and women's 25m pistol events.