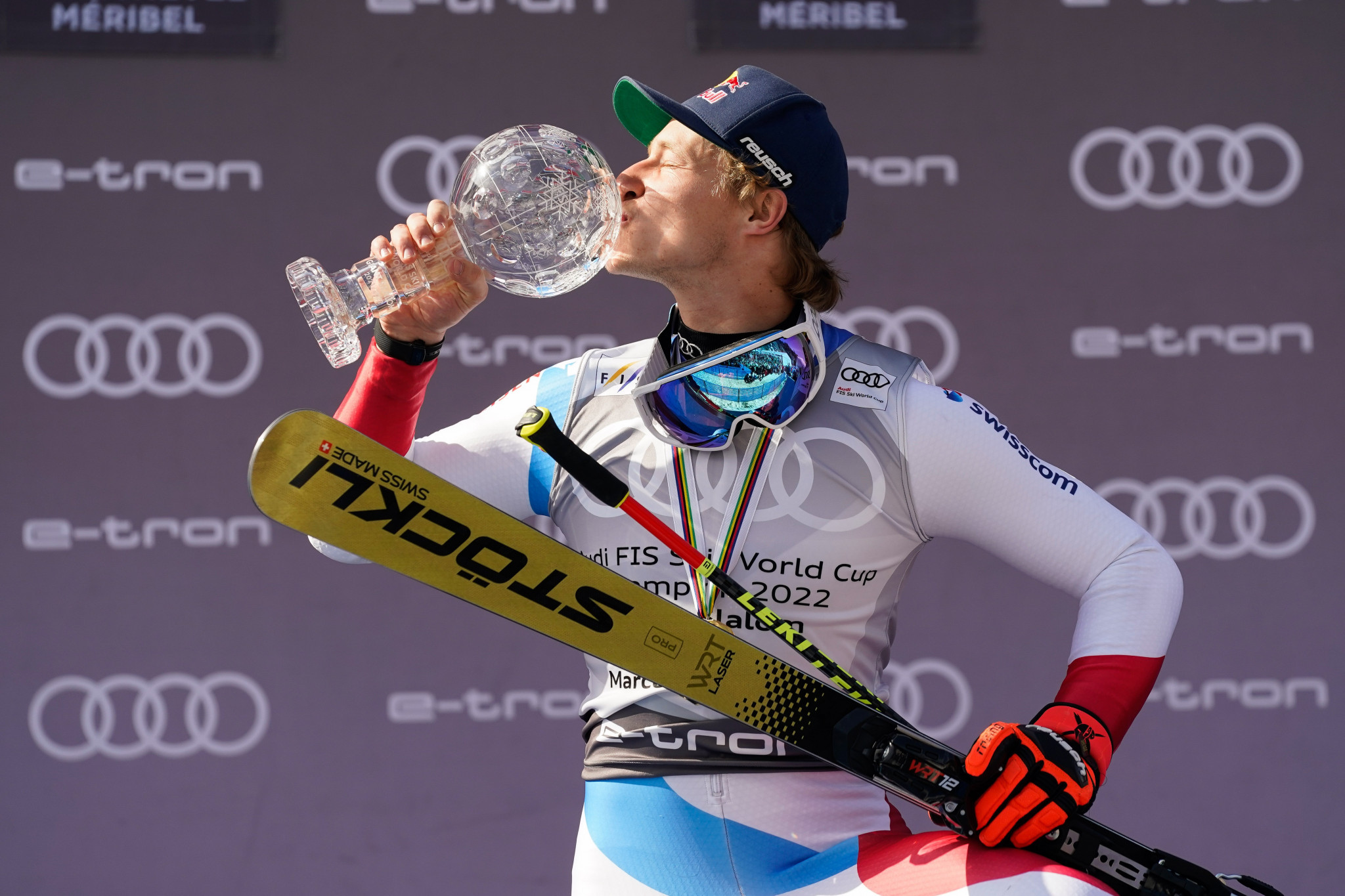 Switzerland’s Marco Odermatt crowned his title-winning International Ski Federation Alpine Ski World Cup season with another victory as he stormed to success in the men’s giant slalom in French resort Méribel, while Slovenia’s Andreja Slokar was a surprise winner of the women’s slalom.

Odermatt claimed his sixth World Cup win of the campaign and fifth in giant slalom as he triumphed in a time of 2min 10.40sec.

The Olympic giant slalom champion registered the fastest first-run time of 1:04.96 to take the lead before clocking 1:05.44 in the second to seal victory.

As well as winning Olympic gold at Beijing 2022, Odermatt has claimed the giant slalom Crystal Globe and the overall World Cup title this season.

"To win the last race again, have those emotions after the finish line and now holding this globe is unbelievable," said Odermatt, who will not compete in tomorrow’s season-ending slalom race.

Justin Murisier of Switzerland was sitting in third place after the first run behind Braathen and Odermatt, but slipped to ninth.

Until the very end! Winning the opening GS race of the season, it seems fit that Marco wins the last too? take a look at the Swiss rocket’s last World Cup race and victory of the season#fisalpine pic.twitter.com/xMJdzxvWSR

Loic Meillard moved in front of compatriot Murisier into third spot with 2:11.03.

Slokar claimed the second World Cup win of her career with victory in the women’s slalom.

The Slovenian defeated Germany’s Lena Dürr by 0.48 seconds after a superb second run to finish with a winning time of 1:36.54.

Dürr could only manage 48.74 in the second run as Slokar overtook the German after clocking 47.24.

The 2021-2022 Alpine Ski World Cup season is due to conclude tomorrow with men’s slalom and women’s giant slalom races.