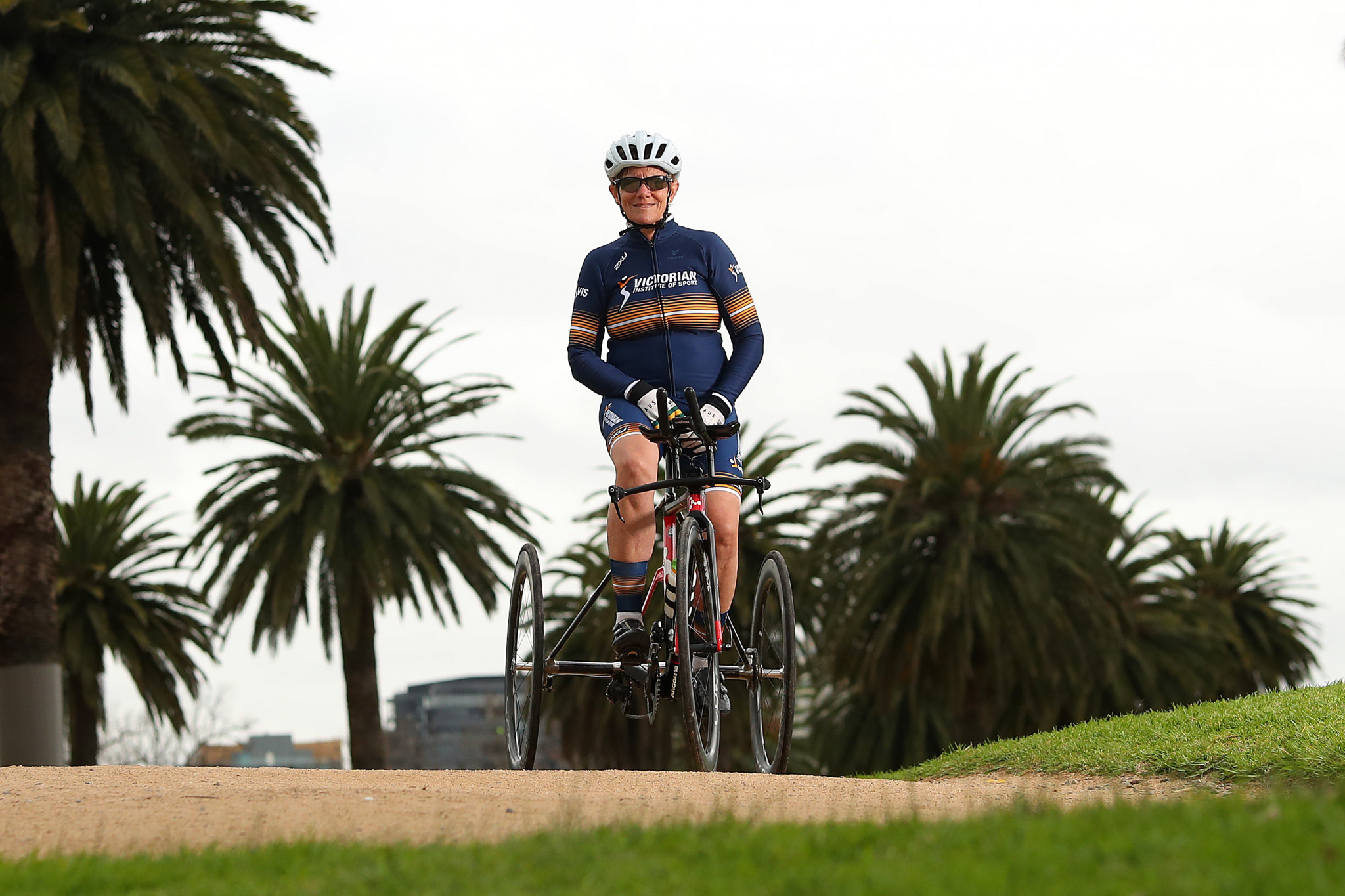 Three-time Paralympic gold medallist Carol Cooke has returned to competitive cycling for the first time since being hospitalised by a serious crash at Tokyo 2020.

Australian Cooke entered the Games in the Japanese capital as the defending champion in the women's T1-2 time trial and road race.

She collected silver in the time trial at Tokyo 2020, but suffered a punctured lung during a heavy fall in the road race, which left her in hospital and unable to return home with the rest of the Australian team.

The 60-year-old featured yesterday on the first day of the Road National Championships in Ballarat as the only competitor in the T2 classification's time trial.

Cooke admitted to Paralympics Australia that she had to battle through the pain barrier to race.

"The hill was really bad.

"I am only about 70 per cent fit since coming back from my crash in Tokyo, so it was just about coming out and getting back on the horse, as they say, and see what I could do.

"It is awesome to be racing.

"We had no racing anywhere after last year’s Nationals through until Tokyo, so it is great to have this, and everybody is being so COVID-aware.

"To be able to put it on is fantastic."

Cooke is also set to feature in the road race at the Road National Championships on Saturday (January 15).

Eleven of the 12 cyclists who represented Australia at Tokyo 2020 are featuring at the five-day National Championships.

Cooke has also won nine gold medals at the Para-cycling Road World Championships during her career.