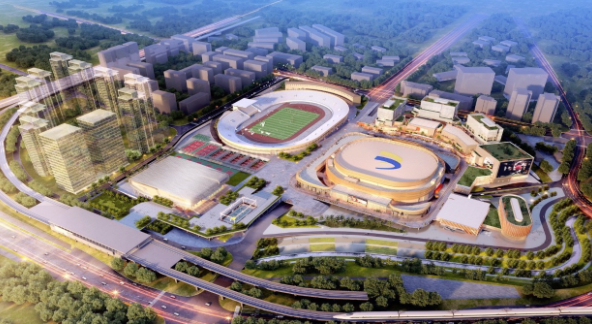 The first competition in qualifying for the Paris 2024 Olympic Games is set to be a landmark occasion for weightlifting, like no other in its history.

The 2022 International Weightlifting Federation (IWF) World Championships, due to take place in Chongqing in China in October or November, will be "a carnival for the international weightlifting family".

That is the aim of Chinese Weightlifting Association (CWA) President Zhou Jinqiang, who is in the running to be the next president of the IWF.

"We really have some big ideas," Zhou told insidethegames.

They include prize money for athletes, the concurrent hosting of the Chinese National Championships, an expo for equipment and sportswear, a forum on international development and other events.

Zhou also revealed that the CWA has "connected with eight partners" including some of the biggest names in the business world, TikTok, Baidu and Anta.

Revamping weightlifting to make it a commercial success that "taps into its full market value", make it more exciting, more athlete-focused, and easier to follow for spectators, television viewers and social media users are among suggestions put forward by Zhou.

Stian Grimseth, who is already planning to put on a show fit for the modern era when Norway hosts the 2025 IWF World Championships, voiced his support for China’s plans as he is also keen to see the sport make radical changes.

"We have a fantastic sport but we need to review everything we do if we want to make it commercially successful," said Grimseth, a double Olympian.

Zhou and Grimseth were among those asked by insidethegames for their views on the future of the sport, two years on from the broadcast of a German TV documentary that exposed deep-rooted doping and corruption.

Weightlifting has suffered constant trouble since then and has been taken off the programme for the 2028 Olympic Games in Los Angeles, though it can work its way back in if its efforts at reform satisfy the International Olympic Committee.

"It is high time that reforms should be done," said Zhou, who also suggested that weightlifting should be hosted in different competition venues to bring it nearer to a new audience – for example, shopping malls, parks and residential communities.

"We are not showing off but trying to draw attention to weightlifting from the worldwide sports community, to eliminate the adverse effects that resulted from the recent negative situations within our sport," he said.

You can read this week's insidethegames big read on weightlifting and its future here.