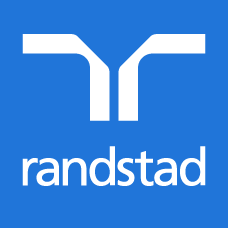 The French branch of human resource consulting firm Randstad Group has become an official supporter of the Paris 2024 Olympic and Paralympic Games, providing recruitment services for the Organising Committee, it was announced this week.

Alongside subsidiaries of the company Expectra, Monster and Randstad Risesmart, Randstad Group France will also provide human resource support, as well as recruitment consultancy and service.

More than 4,000 people are expected to be recruited before Paris 2024.

Randstad Group will also aid Paris 2024 by sharing its collective intelligence and team leadership expertise, and offer support to staff after the Games, with specific focus on career paths and development.

"Our teams are going to recruit, throughout the country, motivated and enthusiastic men and women who will put their know-how at the service of an event with global influence, " said Randstad Group France President Frank Ribuot.

"The Paris 2024 Games are also an opportunity to highlight our expertise and they will allow us to share unforgettable moments with our customers, our temporary staff and our employees by uniting us around the values carried by sport: surpassing oneself, inclusion and solidarity."

The official supporter tier is the third tier of domestic sponsorship for the Games, below the official partner and premium partner tiers.

Randstad Group France is the fourth official supporter of the Games after DXC Technology, Sodexo and Optic 2000.

The Paris 2024 Olympics are due to run from July 26 to August 11, with the Paralympics following from August 28 to September 8.