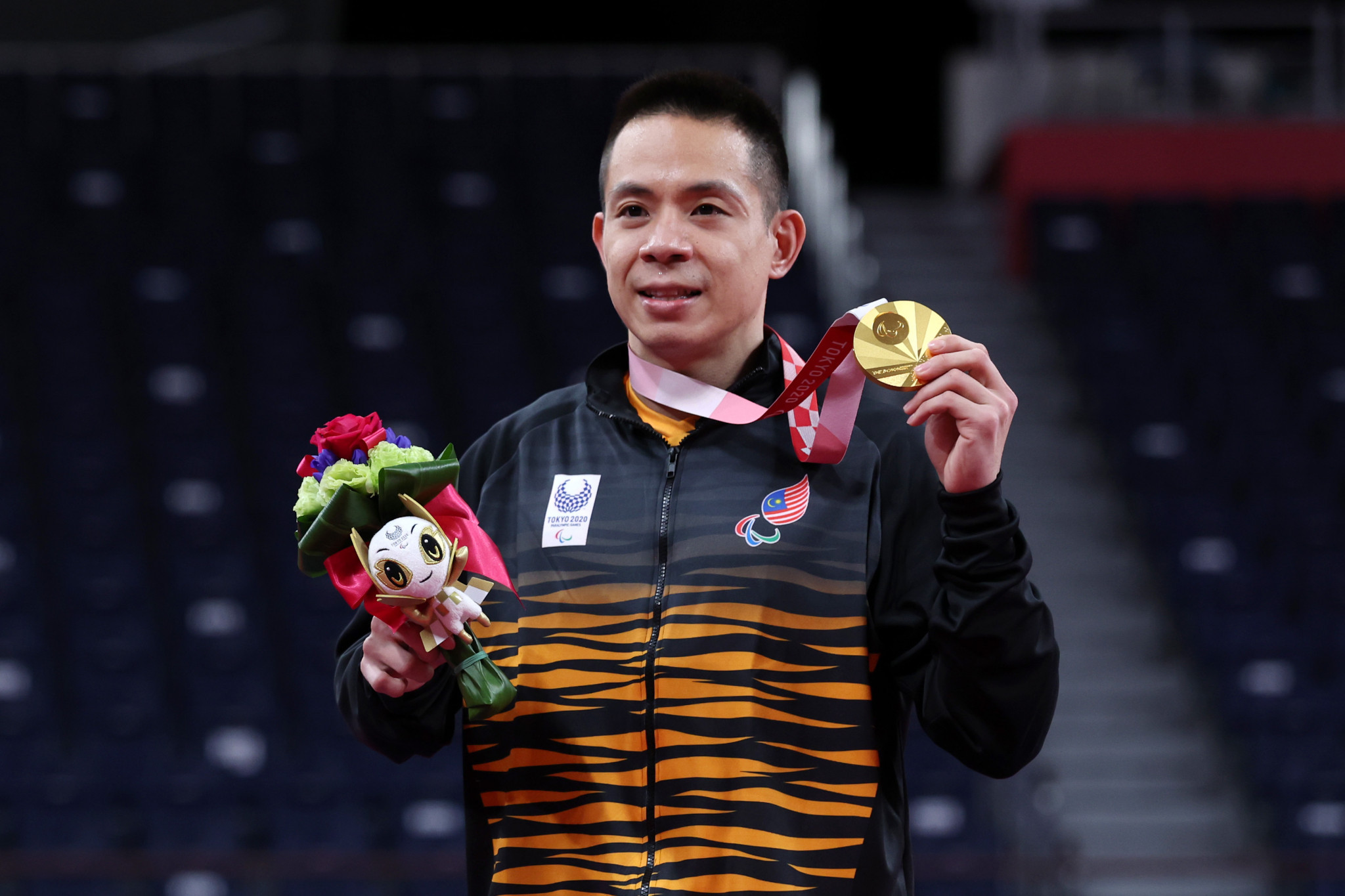 Malaysia's history-maker Cheah Liek Hou has vowed to dethrone Indonesia's Dheva Anrimusthi from the number one spot in the Para badminton world rankings.

Tokyo 2020 gold medallist Cheah beat Anrimusthi in the SU5 final in Japan, a category contested by athletes with an arm impairment.

He was the sport's first ever Paralympic champion as it made its debut in the Japanese capital.

However, no ranking points were on offer at the Games so Cheah was not able to make up any ground on his rival.

"Reclaiming the world number one spot is definitely one of my big goals in 2022," the 33-year-old Cheah told The Star Malaysia.

"Not sure why ranking points were not awarded at the Paralympics, there’s nothing I can do about it.

"What’s within my control is to perform well and keep winning tournaments once the season resumes next year."

It features 17 events, including the delayed World Championships in Tokyo from November 1 to 6 and the 2022 Asian Para Games in Hangzhou from November 21 to 27.

The 23-year-old Anrimusti is the reigning Asian Para Games champion, having claimed the title at Jakarta in 2018, and Cheah is eager to regain his crown after winning at Guangzhou 2010 and Incheon 2014.

Cheah, who born with Erb's palsy, which causes his right hand to have less strength and stability, will also be looking to add another world title to his collection having already won 11 since claiming his first at the Championships in Hsinchu in Taiwan in 2005.

"The calendar looks good and I intend to play in as many as I can because the tournaments are spread out nicely throughout the year," he said.

"It will help me shape up nicely for the major events at the end of the year.

"My ultimate aim is to win back both the world title and Asian [Para] Games gold from Dheva.

"These two events have more points at stake than the others and if I can achieve that, the number one spot will be mine again."

The new season is set to begin with the Spanish International I and II from March 1 to 6 and March 8 to 13, respectively, in Cartagena in Spain.