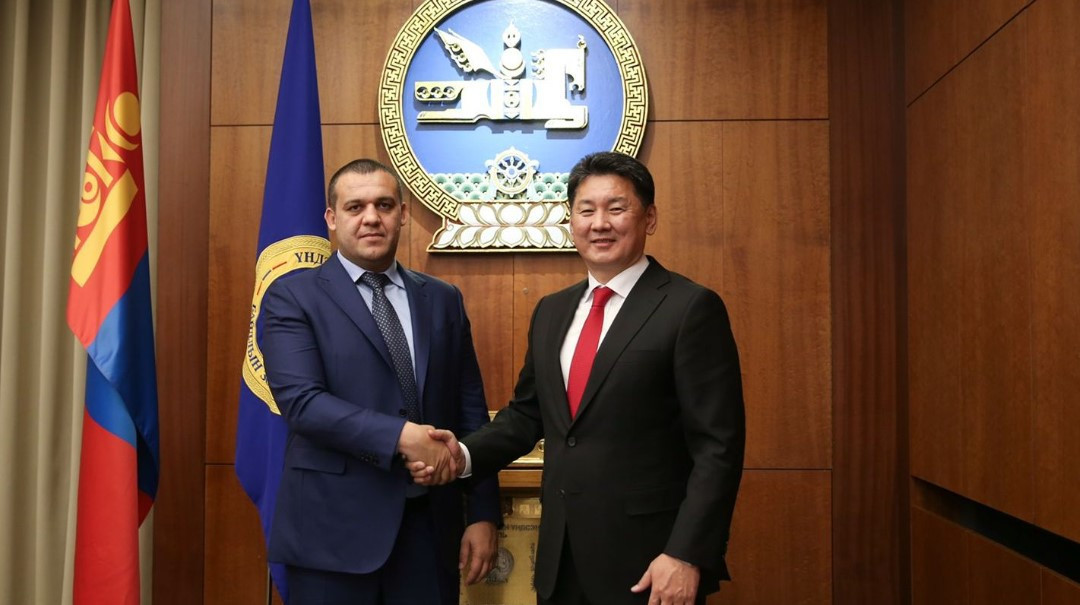 International Boxing Association (AIBA) President Umar Kremlev visited Ulaanbaatar in Mongolia to propose the hosting of an international tournament in the country.

Ukhnaagiin Khürelsükh, the Mongolian President, held a reception for he AIBA delegation led by Kremlev.

"I would like to express big gratitude to head of the country, Mr Khürelsükh, Mongolian Boxing Federation and Ministry of Sports for their constant support of global sport and boxing in particular," said Kremlev.

"Popularisation of a healthy lifestyle among the younger generation should be one of the prerogatives of the Government of each country.

"Mongolia has all necessary conditions to host major sport events at international level starting from venues, arenas and accommodation opportunities."

The Russian official also stated that he plans to implement a number of joint projects and programmes with the Mongolian Boxing Federation, including the establishment of a boxing academy.

"We would support any and all initiatives which would serve the development of boxing, notably, one of the top four sports in Mongolia," said Khürelsükh.

"I am glad that AIBA and Mongolian Boxing Federation have such a close professional relationship and ambitions that align."

As a part of the visit, Kremlev met with elite, youth and junior boxers on the national teams and took part in a joint training session.

"We want that every boxer to know that AIBA is his or her home," said Kremlev.

"We strive to create all the necessary conditions for this.

"Boxers and coaches are the most important people in AIBA family."

The meeting is a part of the Kremlev's engagement programme, which the AIBA President claims is aimed at giving all boxers the opportunity to be heard.

"This country has a great tradition of boxing and AIBA is going to support it in all initiatives."