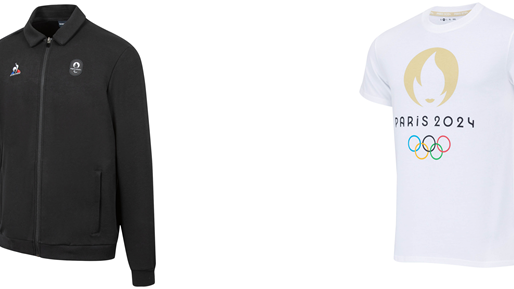 The International Olympic Committee (IOC) has today launched a “unified” online Olympic shop in a drive to boost international sales of Olympic merchandise.

The long-awaited move was hailed as "an exciting launch for us" by Timo Lumme, the IOC’s television & marketing services managing director.

It was claimed the new digital outlet would offer the "largest assortment of Olympic-branded merchandise to date".

The initiative is said to have been developed in collaboration with the United States-based sports merchandise specialist Fanatics.

As such, it brings the IOC into association with Michael Rubin, a US businessman with interests in basketball and ice hockey teams, and a social conscience, as evidenced notably by his involvement in 2020’s "All-In Challenge", a fund-raising exercise to help feed the needy, which became a social media sensation.

The association with Fanatics appears to indicate a change of thinking by the IOC since 2017, when Chinese group Alibaba was unveiled at Davos as, among other things, the IOC’s "e-commerce platform services partner".

It was said then that Alibaba’s contributions to the Olympic Movement would include "the creation of a global e-commerce platform for Olympic stakeholders to engage and connect with fans seeking official Olympic licensed products manufactured by the Olympic parties’ official licensees, and selected sports products, on a worldwide basis".

As of 1,000 days to go to @Paris2024 today, the first unified Olympic Shop offers the largest-ever assortment of Olympic-branded merchandise:

The global sale of Olympic merchandise is seen by experts as a definite growth opportunity for the IOC and the wider Movement, given the high proportion of existing merchandising revenues traditionally believed to be generated in countries that happen to be hosting editions of the Games.

Thursday’s launch coincided with the countdown to the next Summer Games in Paris in 2024 reaching the 1,000 days to go milestone.

Perhaps this was a factor in the decision to proceed with the launch before the online shop achieves comprehensively global coverage.

40+ exclusive products: from the official tote-bag to the @lecoqsportif cap to the @equipefra sweatshirt. Everything to make your best outfits 🔥

Psst! The e-shop will only get bigger by 2024 so keep your eyes open 😜

The various collections are said currently to be available in the US, Mexico and Europe, with global coverage - "except for China and Russia" - expected by summer 2022.

Visa, which like Alibaba is a member of the IOC’s The Olympic Partner worldwide sponsorship programme, is described as "the official way to pay on the Olympic Shop".

The website is said to be managed by Fanatics (International) Ltd, operating from its base in "the UK’s sporting stronghold" of Manchester.

Today’s announcement gives no insight into the business model that will underpin the new online shop.