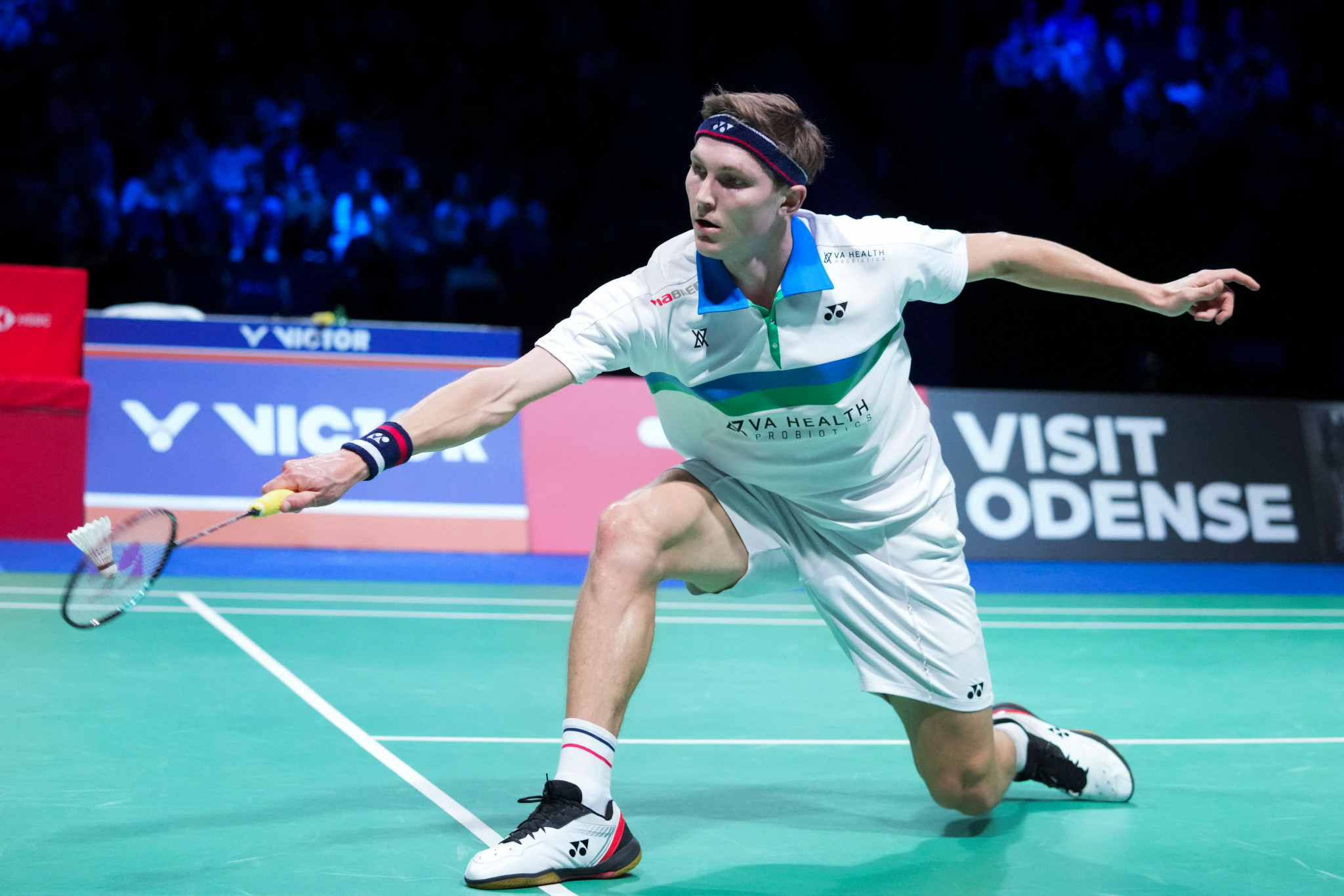 Viktor Axelsen rallied against Japan's Kento Momota to produce a stunning comeback victory on home soil in the Denmark Open at the Odense Sports Park.

The Tokyo 2020 gold medallist fell behind after losing the first game 22-20 in which he suffered a collapse after leading 14-7 at one point.

It was Momota who then got complacent in the second as he lost six straight points, allowing Axelsen to take it 21-18.

The raucous crowd then fully got behind home favourite Axelsen and spurred him on to a 21-12 rout in the deciding game to secure his maiden Denmark Open title.

It is the second consecutive year that a Dane has won the men's singles tournament after Anders Antonsen's victory over compatriot Rasmus Gemke in 2020.

Akane Yamaguchi of Japan won her second title in Odense after her 2016 success with a victory over South Korean An Se-young.

Another remarkable game was on show in the second as the pair were inseparable before Yamaguchi scored a quick two points to win 25-23.

The Japanese player then ran away with it in the third and led 16-5 before her opponent was forced to retire.

China's Huang Dong Ping and Zheng Yu beat Lee Sohee and Shin Seung-chan of South Korea 21-15, 21-17 in the first match of the day to be crowned women's doubles champions.

Yuta Watanabe and Arisa Higashino then won Japan's third gold medal of the day with a 21-18, 21-9 beating of Thailand pair Dechapol Puavaranukroh and Sapsiree Taerattanachai.