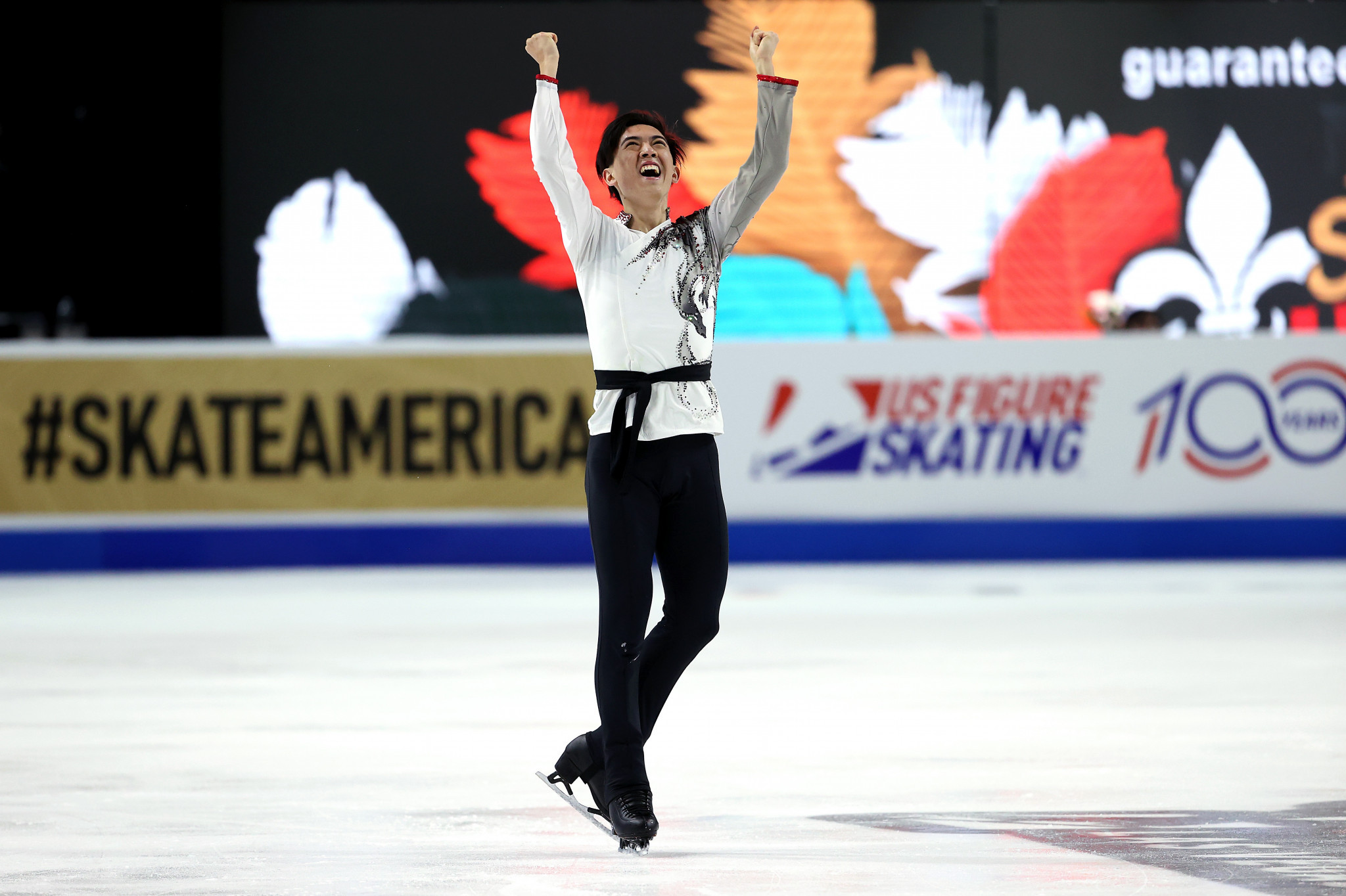 Three-time world champion Chen has been dominant in men’s figure skating over the past three seasons, triumphing in all 14 competitions he had entered since March 2018.

But this record finally came to an end as Zhou emerged on top with a score of 295.95 points in the season-opening International Skating Union Grand Prix of Figure Skating meet.

Chen slipped behind Zhou after a disappointing short programme yesterday and was unable overhaul his rival in the free skating segment.

The 22-year-old finished third with 269.37 - his lowest score since the Pyeongchang 2018 Olympics - as Japan’s Shoma Uno clinched his first Grand Prix medal in three years with silver after registering 270.68.

"I definitely think there needs to be more reflection," said Chen, who had won the past four Skate America titles.

"I don’t have a perfect answer right away.

"That’s definitely something that’ll be a priority for me."

It was Zhou’s first Grand Prix win of his career as preparations build towards Beijing 2022.

"I think I have definitely been building consistently this season, my results have been pretty consistent, I have been putting out relatively strong performances for me this whole season so far and building up to this competition," said Zhou.

"It’s been pretty amazing, there’s been some ups and downs and we’ve taken those in stride and just kept pushing forward one step at a time every day.

"I’m really thankful to be here."

Daria Usacheva came second with 76.71 ahead of Ksenia Sinitsyna who totalled 71.51.

"I am pleased with my performance, but I am a bit sad that I did not do my triple Axel and hopefully I can do it next time," said Trusova.

There were concerns before the meet that Trusova might have to pull out through injury.

"There was the option to skate or to withdraw," added the 17-year-old.

"When I got up this morning my foot hurt less and I decided I can fight."

Two-time European champions Evgenia Tarasova and Vladimir Morozov of Russia skated to gold in the pairs event after registering 222.50.

Japan’s Riku Miura and Ryuichi Kihara moved up one spot to take the silver medal with 208.20, while Russians Aleksandra Boikova and Dmitrii Kozlovskii earned bronze with 205.53.

"It was not perfect, but it was a good step forward," said Morozov.

"It is a good feeling [to win a Grand Prix again for the first time since 2018].

"In the last three years we went through many changes.

"For this season we are back in Moscow and we have a great team, that’s why we gave good results."

Americans Madison Hubbell and Zachary Donohue edged out team mates Madison Chock and Evan Bates by just 1.03 points to lead the lead in the ice dance competition after the rhythm dance section.

Hubbell and Donohue notched 83.85 as Chock and Bates came second with 82.55, while Canadians Laurence Fournier Beaudry and Nikolaj Sørensen completed the top three with 75.33.

Competition is due to conclude tomorrow with the final segments of the ice dance and women's competitions.