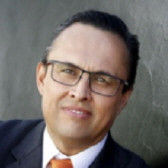 Mexico's Juan Manuel López Delgado has been elected as the new President of the Pan American Taekwondo Union (PATU).

Delgado defeated American Inseon Kim in a vote held at the PATU General Assembly in Aguascalientes.

He will now serve a four-year term until 2025 and replaces Ji Ho Choi, who stepped down from the role.

As a continental head, Delgado automatically becomes a vice-president of World Taekwondo.

"My main intention is to create a solid team to recover the representation of the Pan American Taekwondo Union as a competitive, strong sports organisation," he said.

"Our focus will be to make taekwondo accessible to all national association members of our beloved region."

Taekwondo athletes from the Americas won two medals at the Tokyo 2020 Olympics, including gold for Anastasija Zolotic of the US in the women's under-57 kilograms division.