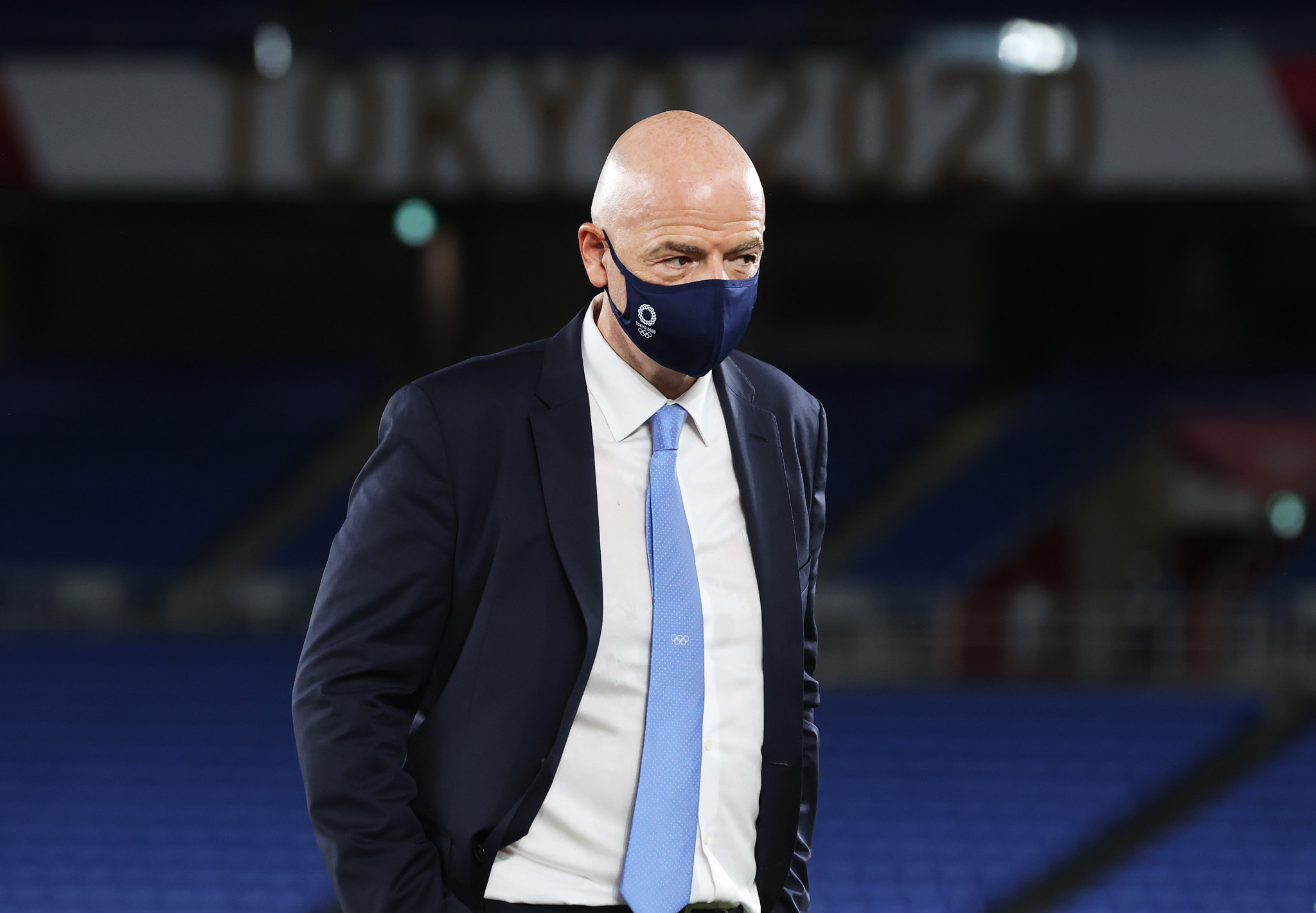 FIFA President Gianni Infantino says the organisation is "certainly not" planning to take football out of the Olympics and remains "a proud part of the Olympic Movement", despite the potential for its flagship men's World Cup to clash with the Summer Games should it be staged every two years.

A global consultation has been set for December 20 as FIFA pushes ahead with plans to re-shape the international calendar - headlined by introducing biennial World Cups - despite growing opposition, including from the International Olympic Committee (IOC).

Infantino insisted after a FIFA Council meeting today that FIFA is "certainly not" planning to pull football from the Olympics or seek to replace it with an alternative discipline such as beach soccer or futsal.

"We are not discussing or threatening or whatever to pull out of the Olympics," Infantino said.

"On the contrary I think that football is a proud part of the Olympic Movement."

Women's football, with no age limit, and a men's tournament where teams may only pick three players who are above the age of 23 are on the Olympic programme at present.

Infantino is also a member of the IOC.

But plans to stage the World Cup every two years, meaning the men's tournament could well clash with the Summer Olympic Games, have drawn the ire of the IOC, while also being unpopular with many bodies within football, most vocally UEFA.

Following last week's IOC Executive Board meeting in Athens, the organisation said it shared "strong reservations and concerns regarding the plans to generate more revenue for FIFA" and was in favour of further consultation.

A potential negative impact on other sports, player welfare and more men’s events overshadowing women's football were cited for the IOC's reservations.

However, Infantino claimed today that staging FIFA's flagship event every two years would actually be beneficial to sports beyond football.

"I believe that when we speak about sport, if we do something which is good for football it's actually good for sports generally because if we can bring people to football that's obviously our main objective at FIFA but the important [thing] is to bring young people in particular and also older ones to practice, to practice sport," the FIFA President said.

A lack of young people practicing sport is one of the world's most pressing issues, Infantino claimed.

The Swiss official also claimed to be "confident" that a consensus can be reached on the global calendar at or before December 20's global summit.