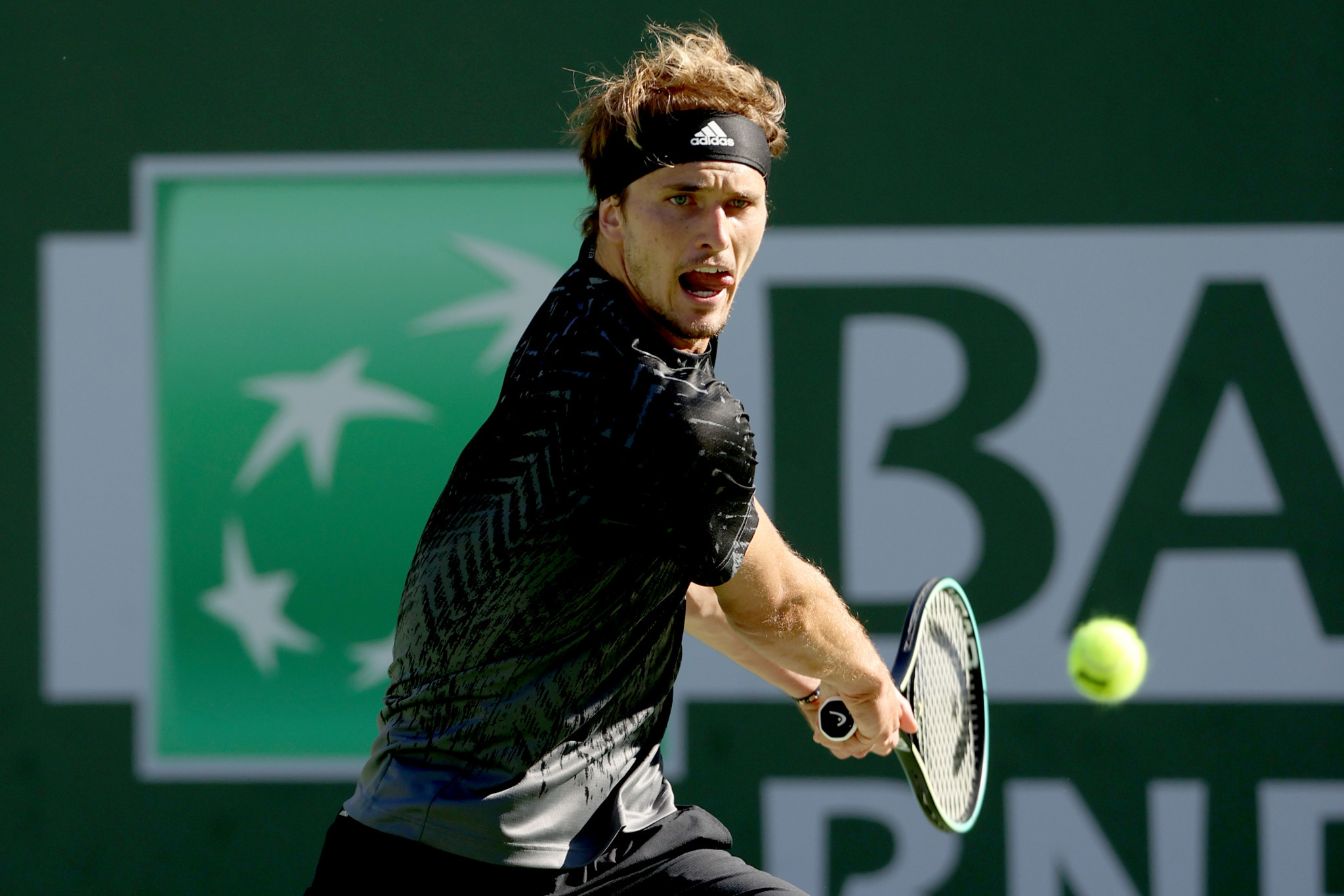 The men's singles draw at the Indian Wells Masters was blown wide open as second and third seeds Stefanos Tsitsipas of Greece and Alexander Zverev of Germany suffered shock defeats, while Belarus' Victoria Azarenka will contest the women's singles final for the chance of her third title at this event against Spain's Paula Badosa.

The eliminations of Russian pair Daniil Medvedev and Andrey Rublev as well as Italy's Matteo Berrettini and Norway's Casper Ruud meant Tsitsipas and Zverev were the only players in the top 10 of the Association of Tennis Professionals (ATP) singles rankings left in the competition.

Additionally, yesterday's defeat of eighth seed Hubert Hurkacz of Poland in his quarter-final against Bulgaria's Grigor Dimitrov meant the pair were the only top 10 seeds remaining.

However, both lost in three sets to opponents who have now reached an ATP Masters 1000 semi-final for the first time.

The odds looked stacked against Fritz, all the more so when he lost the first set 6-4, but he hit back to level the match by taking the second 6-3.

Zverev stormed into a 5-2 lead in the third as he looked for a third ATP Masters 1000 title of the year, and he then led 40-30 in consecutive games, including when serving for the match at 5-4.

However, he hit two double faults in the 10th game of the decider as Fritz found a break before eventually taking it to a tiebreak, which he won 7-3.

"The biggest thing was match point down, I wanted to make him serve it out, so I just fought as hard as I could to hold that game," Fritz said afterwards.

"Then I got fortunate in his service game and from there I felt in control and felt really good under the pressure.

"Especially the way that match ended with such high emotions with the crowd.

"The crowd was amazing and it is a dream come true."

Zverev admitted he was not at his best and congratulated Fritz.

"Today was just not really my day, to be honest," he claimed.

"I was close to winning, but the level of tennis was just not quite there for me.

"He deserves to be in the semi-finals.

"Today mentally is not easy for me."

Fritz's opponent will be Georgia's Nikoloz Basilashvili, who overcame Tsitsipas for the biggest victory of his career to date in his first ATP Masters 1000 quarter-final.

Tsitsipas lost in two of his first three service games in a first set in which he was defeated 6-4, but the world number three, who won his first ATP Masters 1000 event in Monte-Carlo in April and, with 54 victories, has the most of any player on this year's Tour, hit back by taking the second set 6-2.

However, his serve was broken by Basilashvili in the first and seventh games of the deciding third set, which the world number 36 clinched 6-4 to progress.

Tomorrow's other semi-final will feature Dimitrov against Britain's Cameron Norrie.

The lower ranked player also triumphed in both women's singles semi-finals, with Badosa claiming another scalp against Tunisia's Ons Jabeur, who will move into the Women's Tennis Association (WTA) singles top 10 after her run at this tournament.

The Spaniard triumphed 6-3, 6-3 to continue her record of having not dropped a set since her tournament opener against Ukraine's Dayana Yastremska.

She began the season ranked 70th but is set to move into the top 20 after reaching her first WTA 1000 final.

In contrast, her next opponent, Azarenka, will compete in her 15th WTA 1000 or equivalent final as she came from behind to beat Latvia's Jeļena Ostapenko.

Azarenka's two previous appearances in the final at the Indian Wells ended in victories against Russian Maria Sharapova and American Serena Williams in 2012 and 2016 respectively and, if she wins Sunday's (October 17) final, it would make her the first woman to win the event three times.

In the semi-final, world number 29 Ostapenko took the first set 6-3 and broke her opponent's serve in the first game of the second to take a 2-0 lead, only for Azarenka to hit back and eventually win the set 6-3.

Both players dropped a service game as the deciding third went to 5-5, before Azarenka found the decisive breakthrough and held serve to take it 7-5 and reach the final.