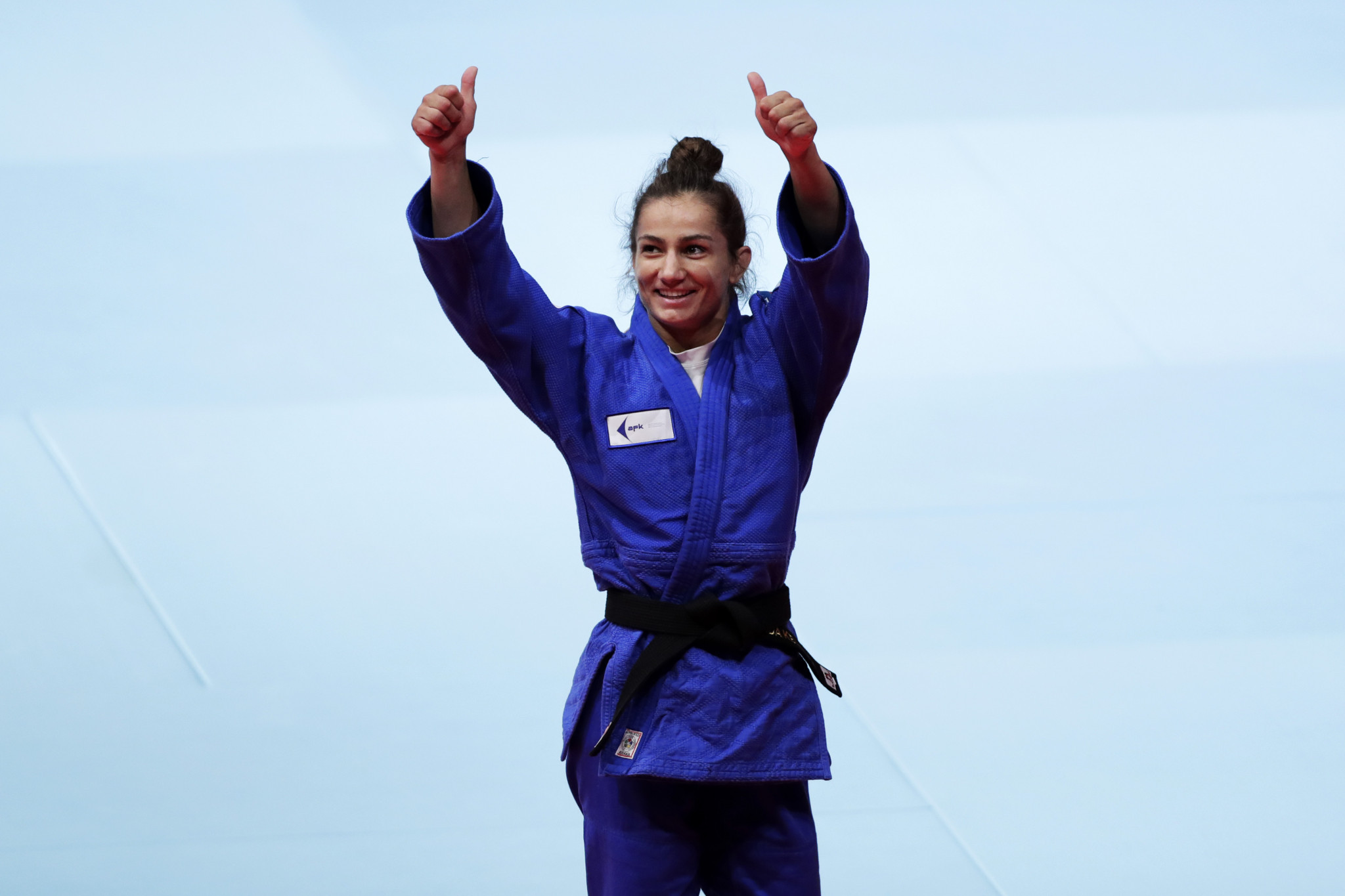 Judoka Majlinda Kelmendi, who was Kosovo's first-ever Olympic gold medallist in the women's under-52 kilogram category at Rio 2016, has retired from the sport at the age of 30.

She was also world champion in 2013 and 2014 before earning a historic gold for Kosovo on its Olympic debut in 2016.

Kelmendi rose to prominence when she became junior world champion in 2009, and then won her first International Judo Federation (IJF) Grand Prix event in Tunis in 2010.

She was a perennial IJF Grand Prix and Grand Slam gold medallist, European champion on four occasions, and had a four-year spell as world number one in her weight division.

The reigning champion was unable to defend her title at Tokyo 2020, losing to Hungary's Réka Pupp, but Kelmendi has been one of judo's most prominent and legendary athletes of recent years.

"She conquered the continent and the world and also embodied the full spirit of the Olympic movement and she did so quietly; forever just working hard on being the best athlete she could be, never jumping in front of spotlights or calling for attention, just working," the IJF said on its website.

"Majlinda is a heroine for all the people of Kosovo," Kuka said.

"She is more than just a judoka and world and Olympic champion.

"Thanks to her, we became a member of the IJF and of the IOC [International Olympic Committee].

"When [IJF President] Mr [Marius] Vizer visited Kosovo for the first time, she was maybe 14 or 15 and it's when he saw her training that he decided to support us.

"The first world competition we participated in as Kosovo was the Junior World Championships in 2009 and she won the title.

"She has been a key to the development of our sport in the country.

"That's why she is more than an athlete.

"She is and was my athlete, but she is so much more, my heroine, just as she is for every single person in Kosovo."

"Now that she retires from competition, I want her to be next to me on the tatami because I want her to bring her experience, her knowledge and her fantastic spirit," he said.

"We will miss her performing on the tatami but we all look forward to seeing her in the coaches' chair," Allan commented.

"We need more female coaches and it is great to see former top athletes like Majlinda transitioning into the next stage of their judo career.

"She is a fantastic role model.

"Her dedication, experience and work ethic will be an inspiration to the athletes she coaches.

"We wish her all the best and a lot of success in her future."

A statue of Kelmendi was erected in her hometown of Peja last year, and she carried the Kosovo flag at the Tokyo 2020 Opening Ceremony.

Kosovo has since won two further gold medals in judo at the Olympics, with Distria Krasniqi and Nora Gjakova triumphing in the women's under-48kg and the women's 57kg respectively at Tokyo 2020.