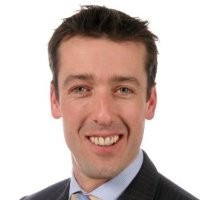 New Zealand’s Nick Paterson has been elected as chair of the Governing Board of the Institute of National Anti-Doping Organisations (iNADO), succeeding Denmark’s Michael Ask.

The Board met to elect a new chair after Ask stepped down following two-and-a-half years in the top job to become international relations senior manager at the International Testing Agency.

Paterson, who was in his second term as deputy chair of the iNADO Board, was unanimously elected to replace Ask by the six Governing Board members that participated in the virtual quarterly meeting yesterday.

The New Zealander is a graduate of the University of London in mathematics before building a career in both the private and public sectors.

Paterson has been chief executive of Drug Free Sport New Zealand since 2017.

Last farewell to Herman Ram, former @iNADOantidoping Board Vice-Chair and Chairman of https://t.co/RNcXacmFbh for 15 years!
Thank you for your contribution to the fight against doping, happy retirement!👋🥳
📸@MichaelAsk_ADD, MarkVanderBerken, NADO Vlaanderen#CleanSportTogether pic.twitter.com/kiW6KM26OQ

Mortsiefer began his career at NADA Germany in 2008 and has since been an active in the international anti-doping community having been a member of various expert groups at the Council of Europe.

iNADO said Paterson and Mortsiefer would play a key role in "exercising the authority" of the Governing Board in areas including interpreting the objectives and missions set by the membership at the General Assembly.

Paterson and Mortsiefer will also be expected to approve the association’s policies except those agreed at a General Assembly and set the broad goals of the strategic plan.

"iNADO would like to thank Michael Ask, who is beginning a new role as international relations senior manager at the International Testing Agency, for his leadership throughout the last two and a half years as chair of the iNADO Board," a statement from iNADO read.

"Over this period the organisation has consolidated its strategy and developed important tools to support members in their daily work."