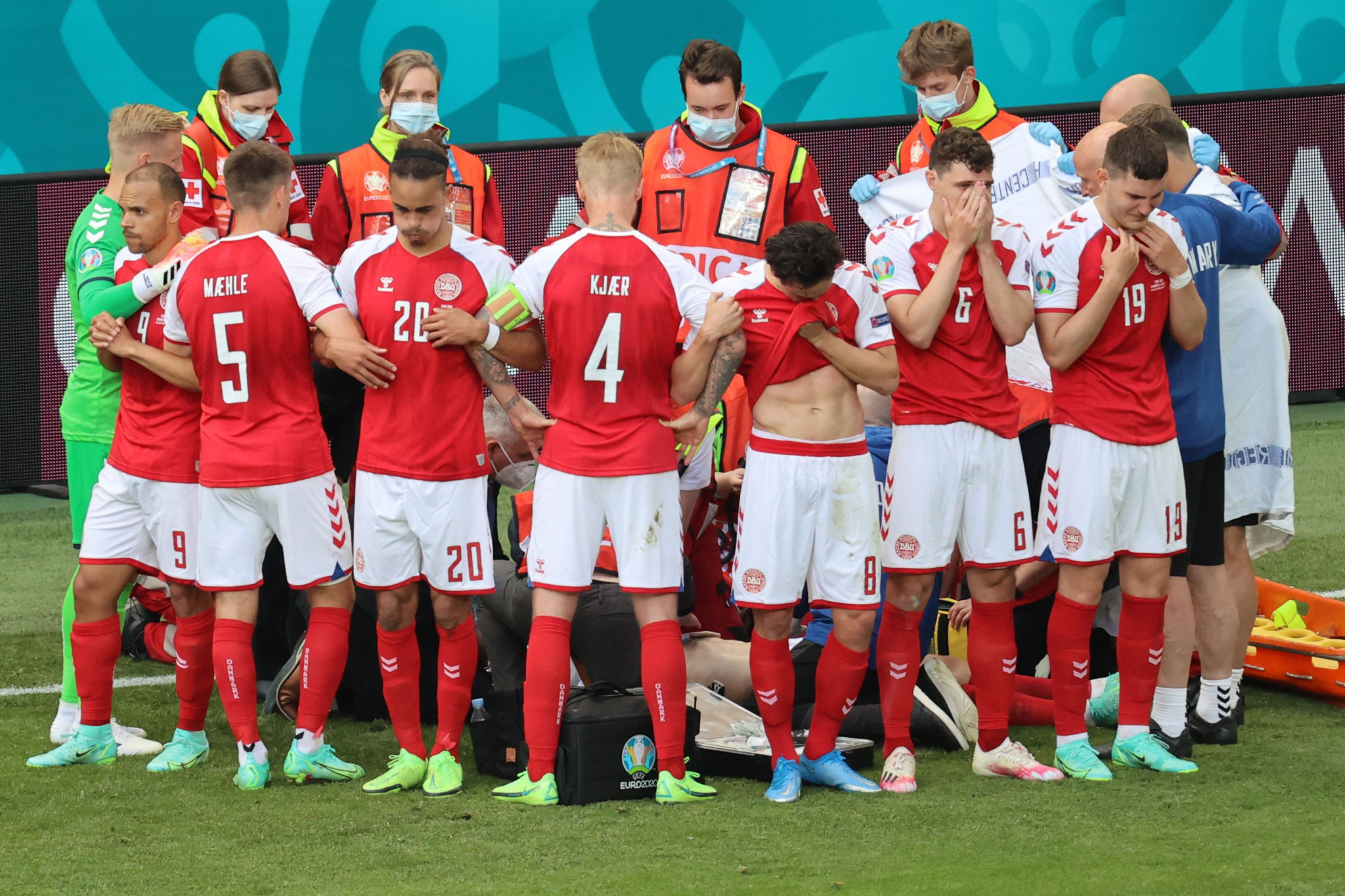 The Danish football team have been given the International Fair Play Committee (CIFP) award for their response to Christian Eriksen's life-threatening cardiac arrest in a Euro 2020 match.

Eriksen collapsed in a group game against Finland when a throw-in was taken towards him shortly before half-time.

Team doctors confirmed afterwards he had suffered a cardiac arrest and they had to preform cardiac resuscitation to restart the midfielder's heart.

The game was temporarily suspended, before Denmark completed the match once it was confirmed Eriksen was awake in hospital.

Danish players were praised for their reaction to the incident, particularly Simon Kjær, credited with a life-saving intervention by positioning Eriksen's neck and head to clearing his airway.

Kjær then led other Danish players in a circle around Eriksen to shield him from television cameras and protect his privacy.

Eriksen is now in a stable and healthy condition, though is yet to return to playing football and may be forced to retire on medical grounds.

In awarding Denmark, the CIFP said: "The love of the sport and their team mate’s fight for his life led the Danish team to the decision to continue the match instead of postponing it for the next day, as proposed by their leaders.

"By doing so, they also give their body and soul to the healing of their broken partner.

"They lost the match in a huge fight unfortunately, but they proved that solidarity, compassion and fighting for each other is the essential part of the sport without which there is no real sport."

CIFP President Jenő Kamuti and ceremony ambassador Gábor Deregán presented the award to Kjær, who received it on behalf of the Danish team.

Founded in 1963, the CIFP aims to ensure the "worldwide defence and promotion of fair play".

Awards are given to individuals, teams and foundations annually to recognise their commitment to fair play.