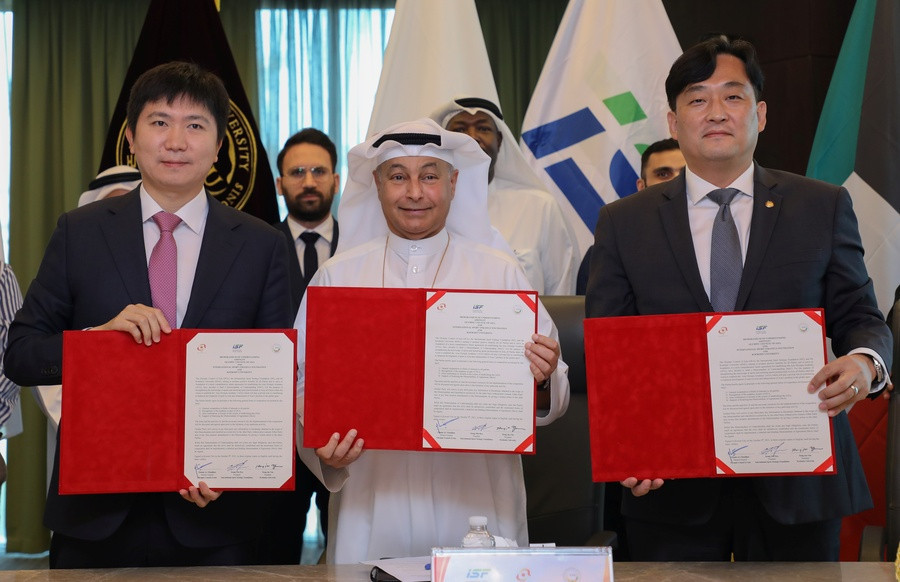 The Olympic Council of Asia (OCA) has moved to establish an Asian Olympic Academy based in South Korea to after signing a Memorandums of Understanding (MoUs) with two partners.

The agreements were signed by the OCA director general Husain Al-Musallam at the continental organisation's headquarters in Kuwait, as well as representatives from the Seoul-based International Sport Strategy Foundation (ISF) and Kookmin University.

The ISF's South Korean President Ryu Seung-min is a member of the International Olympic Committee (IOC), and also signed an MoU along with Kookmin University's vice-president of international affairs Kim Byong-joon.

Park Joo-hee, secretary general of the ISF and a member of the OCA, and the Kookmin University Foundation chairman and Korean University Sports Board vice-president Kim Ji-yong also travelled from South Korea to attend the event in Kuwait.

The Asian Olympic Academy is an academic initiative designed to benefit the Olympic Movement across Asia by promoting education.

An International Olympic Academy (IOA) exists in Olympia in Greece.

It is in its 60th anniversary year and has modernisation work has recently been completed.

The IOA provides a range of lectures and activities to students from around the world on Olympic topics.

There is a National Olympic Academy in South Korea and 29 other countries which are members of the OCA.

"Additionally, I would like to deliver words of appreciation to Seung-min Ryu, President of the ISF, and all the staff on successfully hosting this meaningful event.

"I believe sport has the power to bring people from all over the world together and promote harmony, friendship and peace.

"As part of the Olympic Movement, countries around the world including Asia are engaging to ensure that everyone can enjoy and learn sports.

"ISF is committed to expanding these values of sport and is the hub of Korea's international sport, which makes today's conference more significant.

"In this sense, I am confident that this conference will play a pivotal role in contributing to Korean sports through developing sports talents and broadening learning opportunities and knowledge for future talents who will lead international sports beyond Asia."