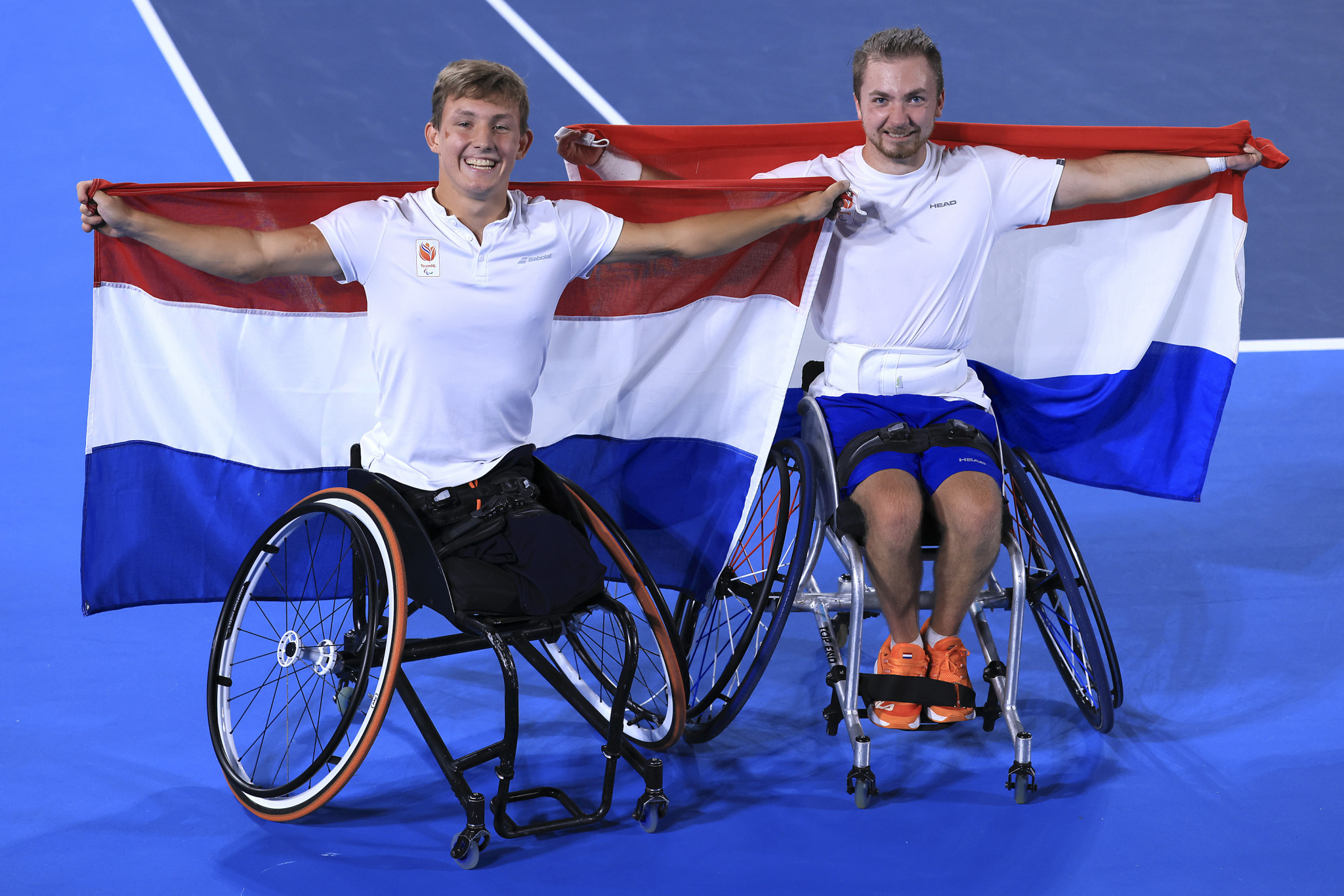 The Netherlands’ Sam Schröder and Niels Vink clinched the first wheelchair tennis gold medal of Tokyo 2020 with an impressive straight sets win against the defending champions Dylan Alcott and Heath Davidson of Australia in the quad doubles final.

In a final that lasted one hour and 39 minutes at the Ariake Tennis Centre Court, the young Dutch pair recovered from losing their serve early in the first set to take it 6-4, and then clinched the second set 6-3.

Play had briefly paused during the first set to close the Centre Court roof due to rain in the Japanese capital.

Schröder, 21 and Vink, 18, faced the more experienced Alcott and Davidson in the final who had triumphed at Rio 2016 and at the last four Australian Opens together, and are placed third and fourth in the world respectively in the International Tennis Federation’s (ITF) world rankings.

Vink and Schröder are ranked fifth and sixth respectively by the ITF for the quad doubles.

The Dutch duo had been dominant in their two matches en route to the final, beating the United States’ Bryan Barten and David Wagner 6-2, 6-1 in the quarter-finals and Britain’s Antony Cotterill and Andy Lapthorne 6-0, 6-2.

Schröder was left emotional at the scale of the duo’s achievements.

"It’s just crazy that we achieved this at such a young age already."

Vink added: "Some games we were down, and then we kept somehow finding a way back into it.

"It was just incredible."

The bronze medal match was delayed by rain with Japan’s Mitsuteru Moroishi and Koji Sugeno having broken the serve of Cotterill and Lapthorn to lead 2-1 in the first set.

The match resumed under the roof on Centre Court, and the host nation’s pair triumphed 7-5, 3-6, 7-5 in a match that lasted more than three hours.

Britain’s Gordon Reid and Alfie Hewitt, who claimed gold and silver respectively at Rio 2016, booked their places in the last four.

Defending champion Reid will face the ITF’s world number one Shingo Kunieda of Japan in the last four after the home favourite’s 7-6, 6-3 win against France’s Stéphane Houdet.

Hewitt will be up against the Netherlands’ Tom Egberink after his 6-4, 6-3 victory over Spain’s Daniel Caverzaschi.