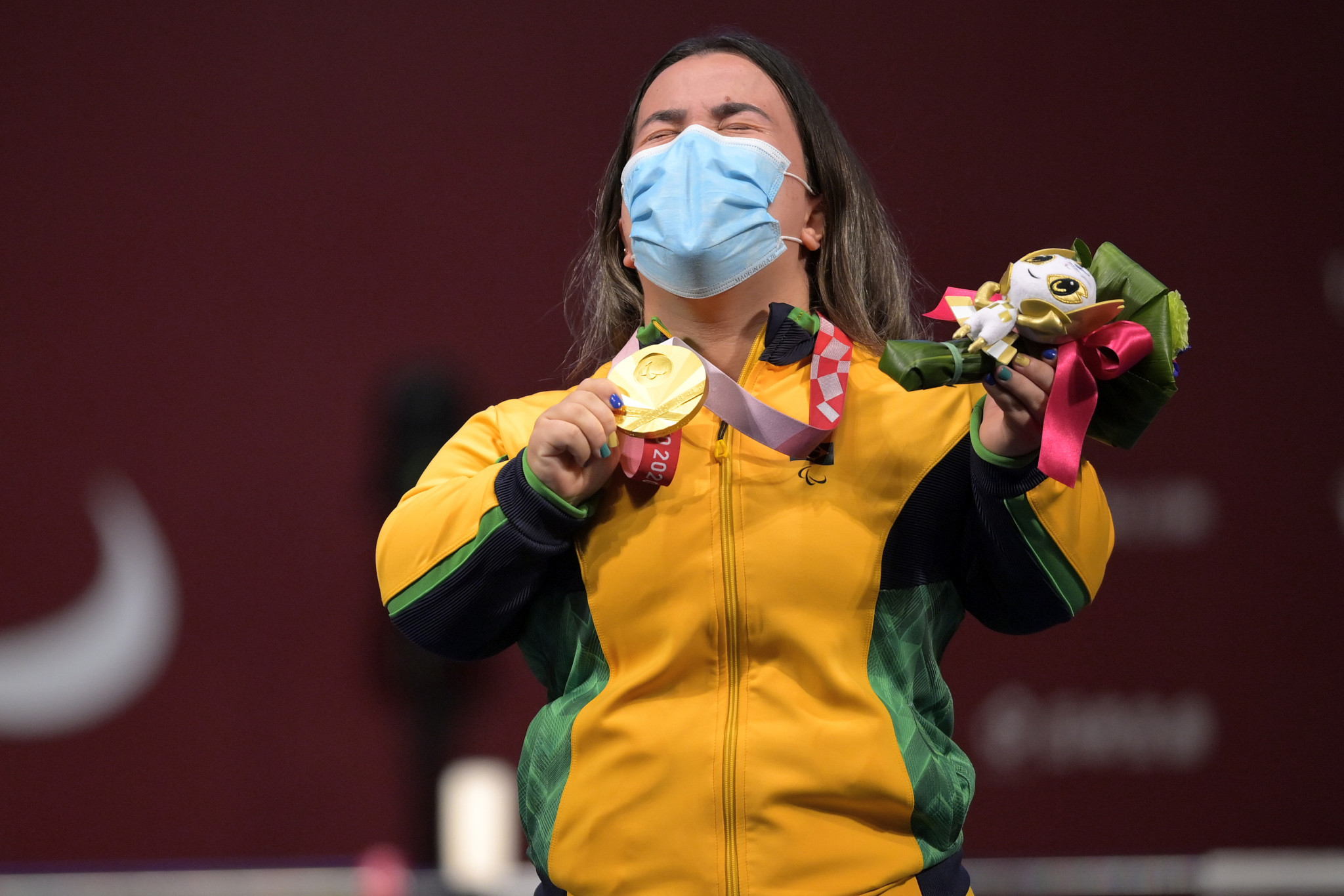 Mariana D'andrea has given Brazil its first powerlifting gold medal in Paralympic history, winning the women's under-73 kilogram category final on the fourth of five days of competition at the Tokyo International Forum.

It is the country's second medal in the sport too, following the silver won by Evânio da Silva at Rio 2016 in the men's under-88kg.

D'andrea had a best of 137kg, which was enough for the gold as Xu Lili of China could not go one better at 138kg, meaning her best was 134kg for silver.

Souhad Ghazouani of France took bronze with a best of 132kg.

Jordan's Abdelkareem Mohammad Ahmad Khattab set a new Paralympic record in the men's under-88kg with a best of 231kg, winning his nation its second powerlifting gold.

As a result of this, Jordan has had its most successful Games, taking their all-time gold medal tally at the Paralympics to three.

Ye Jixiong of China tried to match Khattab's last lift effort, but failed at 231kg, having a best of 220kg.

Hany Abdelhady of Egypt failed two lifts, but held on to the bronze with a best of 214kg.

Her opening lift of the competition of 135kg was enough to win the event.

Omolayo improved in the next two lifts, with efforts of 138kg and 141kg with gold assured.

A bonus fourth effort allowed Omolayo a chance to attempt a world record lift of 144kg, where she was unsuccessful.

Ukraine’s Nataliia Oliinyk won the silver medal with a score of 133kg, with the Russian Paralympic Committee’s Vera Muratova third on 132kg.

China's Yan Panpan claimed the last gold medal of the day in the men's under-97kg category with a best of 227kg in the second round.

After effectively sealing the gold after round two, he attempted a new world record of 243.5kg, but was unable to get a good lift.

Seyedhamed Solhipouravanji of Iran snatched silver after two bad lifts, clearing 222kg in his final round.