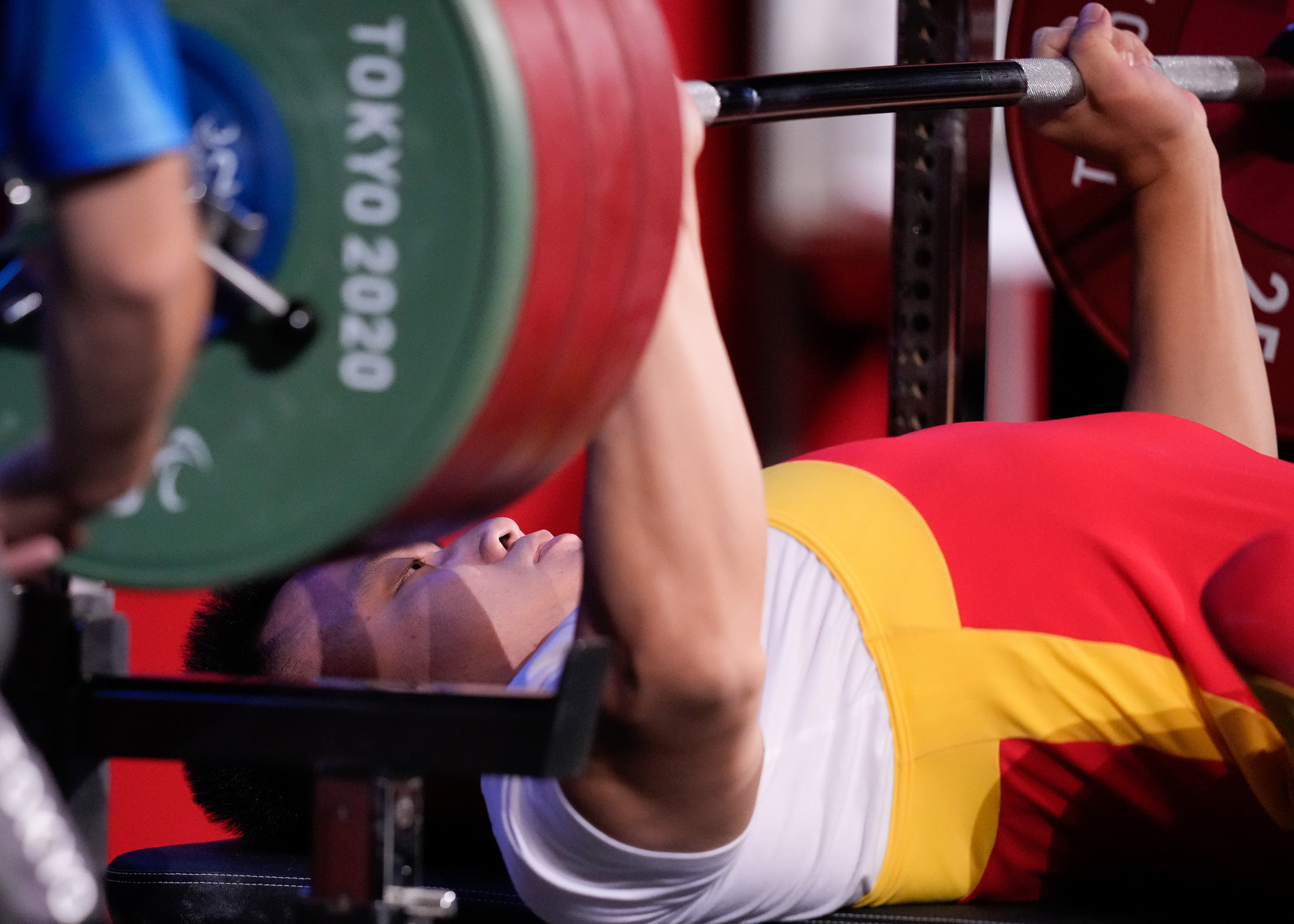 China's Qi Yongkai pulled off an upset on the on the second day of powerlifting at the Tokyo 2020 Paralympic Games, winning the men's under-59 kilograms gold ahead of three-time champion Sherif Osman of Egypt.

Both athletes had a best of 187kg at the Tokyo International Forum, being separated based on their body weight coming into the competition.

This is a ruling used to prevent ties between lifters.

Qi had a blip at 183kg, failing in the opening round, but took the brave jump to 185kg in his second attempt.

He then successfully lifted 187kg, as did Osman.

Herbert Aceituno of El Salvador failed at 187kg, meaning he dropped from silver to bronze and finished with a best of 184kg.

If he had successfully cleared the weight, Aceituno would have won the gold.

A second gold medal was won by China in the same manner, as Hu Dandan's lighter weight ensured the women's under-50kg victory.

She cleared 120kg alongside Rehab Ahmed of Egypt - both breaking the Paralympic record.

This record is Ahmed's as she lifted the weight first.

Britain's Olivia Broome was a distant third with a best lift of 107kg, having enough to hold off Ukraine's Lidiia Soloviova, who was 1kg behind.

We enjoyed it as much as you did!! 🙌#Paralympics #Powerlifting #Tokyo2020 @paralympics @tokyo2020

She successfully lifted 125kg in the first round, banking a solid mark that would not be matched.

Despite failing on her second attempt, China's Xiao Cuijuan and Turkey's Besra Duman were unable to move past he Ukrainian's mark, having failed in the final round at 124kg.

Xiao claimed silver ahead of Duman as she weighed less than her opponent.

Liu Lei gave China its third gold medal of the day in the men's under-65kg, with his opening lift of 198kg enough for the win.

Iranian Amir Jafari Arangeh and Algerian Hocine Bettir lifted 195kg and 192kg respectively for bronze, with the trio being far ahead of the rest of the field.

Fourth-placed Grzegorz Lanzer of Poland lifted a best of 166kg.

The gold medal is Liu's fourth at the Paralympics, with the 33-year-old set to retire following the conclusion of Tokyo 2020.

The third of five days of powerlifting competition is to take place tomorrow, with four more weight categories on the schedule.