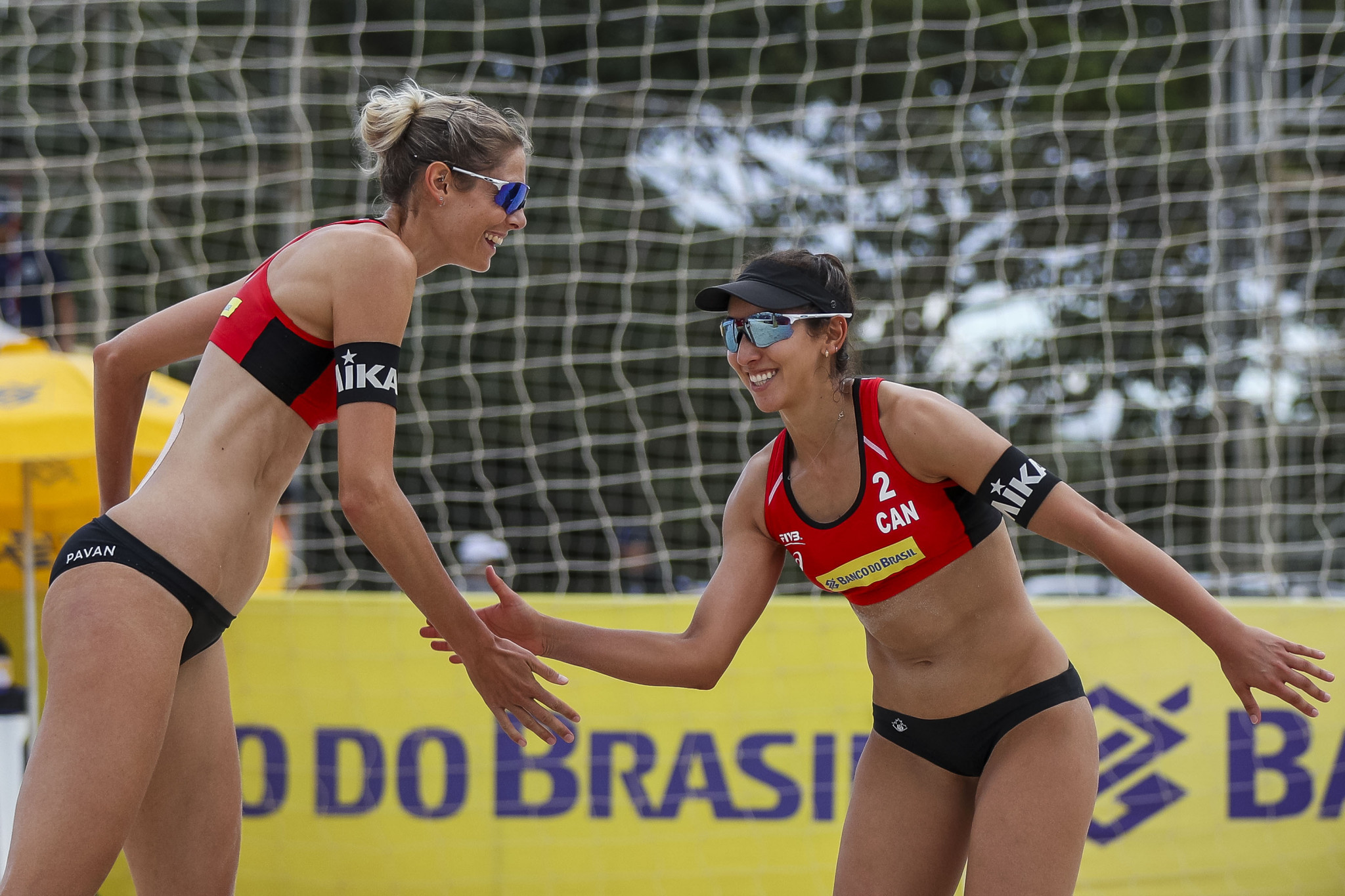 Reigning world champions Sarah Pavan and Melissa Humana-Paredes fought back to beat Heather Bansley and Brandie Wilkerson and advance to the last eight of the Katara Beach Volleyball Cup in Doha in Qatar.

The all-Canadian clash saw Bansley and Wilkerson edge the opening set before Pavan and Humana-Paredes drew level and then dominated the tie-breaker to win 18-21, 21-18, 15-9.

"I don’t think we realised just how much we love it and how much we missed it until now that we are back," said Pavan.

The Canadians will face Russians Nadezda Makroguzova and Svetlana Kholomina, who knocked out two German teams on the way to the quarter-finals, defeating Kim Behrens and Sandra Ittlinger 21-19, 21-16 and Victoria Bieneck and Isabel Schneider 21-14, 21-15.

Ksenia Dabizha and Daria Rudykh of Russia reeled off three wins in a row to secure their place in the quarter-finals, stunning sixth seeds Joana Heidrich and Anouk Verge-Depre of Switzerland 21-19, 21-17 in the last 16.

They will now face Emily Stockman and Kelley Kolinske who snatched a 21-11, 24-26, 17-15 victory over Brooke Sweat and Kerri Walsh Jennings in a nerve-wracking all-United States clash.

Third seeds Agatha Bednarczuk and Eduarda Santos Lisboa were another team that made it to the quarter-finals after winning three games in one day.

The Brazilians overcame Dutch duo Sanne Keizer and Madelein Meppelink 33-35, 21-17, 21-19 in a match that lasted over an hour before beating fourth seeds Tanja Huberli and Nina Betschart of Switzerland 21-19, 21-18 to reach the last eight.

Kelly Claes and Sarah Sponcil will be their next opponents after the Americans saw off another Brazilian pair in Barbara Seixas De Freitas and Carolina Solberg Salgado, winning 21-17, 15-21, 15-12.

The Brazilians had to play two matches on Wednesday and cruised to two straight sets victories, beating Switzerland’s Esmee Bobner and Zoe Verge-Depre 21-8, 21-11 and Germans Laura Ludwig and Margareta Kozuch 21-18, 21-14.