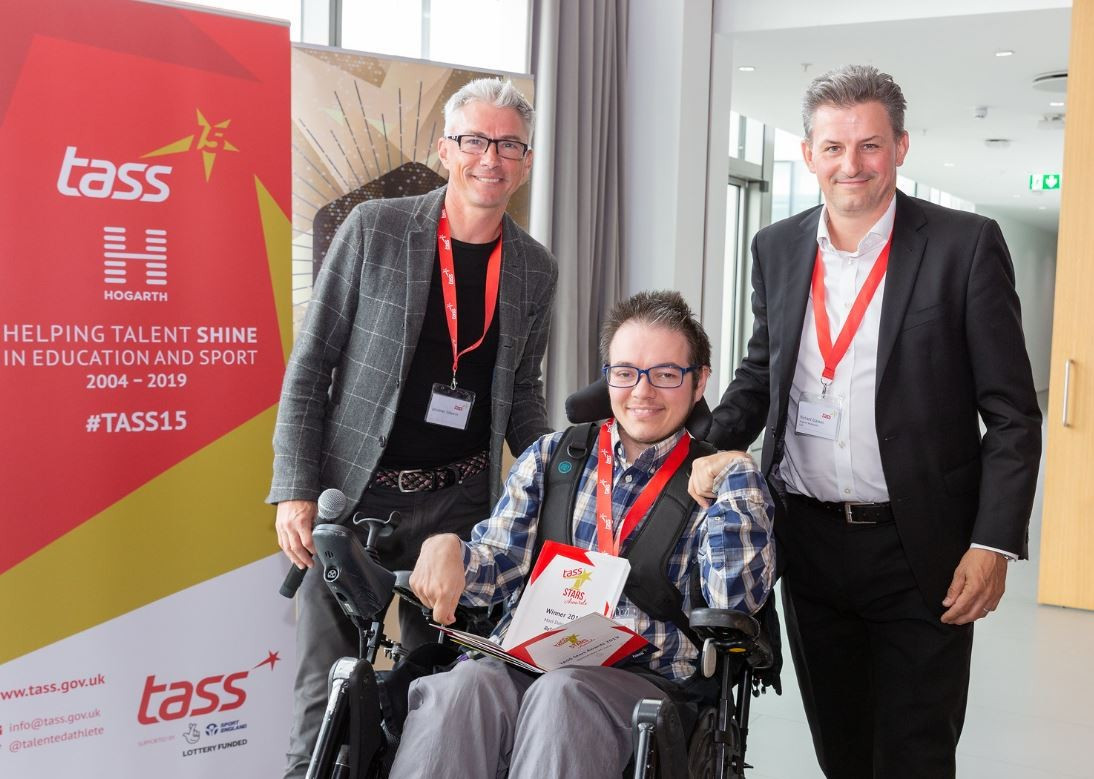 Young had medalled in the Teams and Pairs in December in Nottingham, before winning his pool at the BE Cup in Sheffield in January.

He is on the Talented Athlete Scholarship Scheme, a Sport England-funded partnership between athletes, education institutions and national governing bodies of sport.

The sixth edition of the Boccia England Awards took place virtually due to the COVID-19 pandemic, with the event recognising the success of athletes, volunteers, coaches, officials and clubs.

Barry Bowden was named Coach of the Year after checking in on the physical and emotional wellbeing of his athletes during lockdown, while Official of the Year went to Steve Furber for being an "outstanding referee who is always willing to help up-and-coming new referees with advice".

The Unsung Hero of Boccia accolade was awarded to Sheila Appleton, who has successfully led Herne Bay Boccia as a participant and coach since the club's creation.

Greenbank Giants Boccia Club was named Club of the Year.

Following @BocciaEngland’s live awards evening earlier today, we would like to officially congratulate our coach @BowdenBarry for his win as ‘coach of the year’! Congratulations! pic.twitter.com/c1hHHSzsnu

The global health crisis resulted in the creation of the two new awards - The Rainbow Cup Award and Boccia Lockdown Champion.

The Rainbow Cup was an online competition arranged by Boccia England during lockdown.

Gareth Stafford won the accolade for the contest, having competed in every challenge.

They delivered boccia equipment to members’ houses, hosted quizzes and virtual birthday parties, and held a virtual session every week during the pandemic.

The governing body said the results had demonstrated the difference boccia made to the lives of players, despite the coronavirus pandemic.

In the survey, 81 per cent of respondents cited playing boccia as having a positive impact on their daily lives, while 76 per cent said participating in the game has improved their confidence.